Banking > Monese review: is it the best bank for your money?

Monese review: is it the best bank for your money? 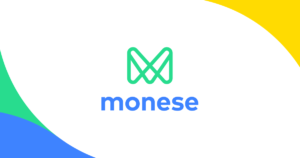 Monese was one of the first app-only banks to launch in the UK.

The challenger brand was founded by Norris Koppel who found he was unable to open a bank account due to having no UK credit history or utility bills. This is a problem shared by many people who do not have loans or credit cards or who have recently moved to a new area, making it impossible to receive a salary or pay bills. Koppel decided to set up his own 100% mobile current account in 2016 and it now has almost 1 million customers processing more than 3 billion transactions a year. It has also been recognised as the best challenger bank at the European Fintech Awards and received €1.1m of funding from the European Commission for research and innovation.

How does Monese work?

A Monese account can be opened by anyone living within the European Economic Area (EEA). You can either open an account by downloading the app through your smartphone or by using a link sent to your device via the Monese website.

There are no high street branches so you don’t need to trudge into town to open an account. You just need to get online, download the app and follow the step-by-step instructions. Unlike mainstream current account providers, you won’t need to provide a local proof of address or have a good credit history. You will be asked to take a selfie video using your smartphone’s camera and to snap an ID document such as a passport issued by any country in order to pass Monese's money laundering checks. The Monese system will then verify your identity and you will receive your account number and sort code within minutes. This is much faster than a mainstream bank, where you may have to book an in-branch appointment and then wait for your card to arrive in the post.

You can immediately send and receive payments but will need to order your contactless MasterCard debit card through the app. Monese users still have to wait for their card to be delivered, usually within three to five business days or up to 14 internationally. Once it arrives, you can set up the card through the app using a four-digit activation code. If you opt for a free account this comes with a £4.95 delivery charge.

The Monese debit card has the same functionality as any other debit card. You can shop online, make in-store purchases, make ATM withdrawals anywhere in the world and use contactless payments. You can make top-ups, change personal information and access bank statements through the app at any time of day.

The app also supports Google Pay and Apple Pay, letting you make contactless payments with your phone. You can also access lower-cost foreign currency exchange and international money transfers as Monese uses the interbank rate rather than setting its own fees.

How much does Monese cost?

There are three types of Monese products, all offering free card usage and direct debits in your home currency. The table below summarises the immediate differences between the three account types.

The default plan is the Simple package and provides a current account with no monthly fee, but you have to pay £4.95 if you want the contactless debit card. ATM cash withdrawals are free within the £200 allowance but thereafter it will cost 2% of the value you are withdrawing (with a minimum £2 fee). Cash top-ups are charged at 2% of the value you are depositing (minimum charge of £2) at the Post Office or 3.5% (with a minimum £3 fee) to do so via a PayPoint.

More active users can go for the Classic package at £5.95 a month. This gives you a free debit card and up to £900 of free ATM cash withdrawals per month, but you are charged a 2% fee each time after that. Top-ups are cheaper than the Starter plan as they are free for the first £900 deposited and then a charge of 2% per transaction after that.

Its most expensive product is the Premium package at £14.95 a month. This gives you a free card as well as unlimited ATM withdrawals, free instant and cash tops and nothing to pay on forex.

The following account limits apply to a Monese GBP account and vary slightly for EUR and RON accounts.

Unlike mainstream banks, your money isn’t covered by the Financial Services Compensation Scheme (FSCS), which covers up to £85,000 of savings if a provider goes bust. However, Monese is regulated by the Financial Conduct Authority as a registered agent of electronic money institution PrePay Technologies, which follows Electronic Money Regulations. Monese says that under these rules, it must separately store and protect 100% of customer funds by keeping the funds separate from their own finances.

Monese has a Trustpilot rating of Excellent with 4.3 out of 5.0 stars from over 15,000 reviews. 76% of reviewers rate it as excellent citing excellent customer service and claiming it is easy to transfer money between accounts.

8% of reviewers rate Monese as bad. There are a lot of comments regarding slow account opening, slow international transfers and some accounts being locked out.

Monese vs Monzo vs Starling vs Revolut

Monese is not the only digital-only bank. Its closest competitor when it comes to international use is Revolut, which offers free card transactions in 120 countries, fee-free transfers at the interbank rate in 23 currencies and free ATM withdrawals up to £200 a month followed by a 2% fee. You can also buy Bitcoin, Litecoin and Ethereum cryptocurrencies through the Revolut app. It has a basic free package as well as £6.99 or £12.99 monthly packages offering extras such as higher withdrawal limits, overseas medical insurance and concierge services.

There are other app-only providers that offer extra services beyond international spending, particularly when it comes to savings. Monzo lets users track their spending and build separate savings pots within the app. Users pay nothing abroad, subject to a maximum withdrawal of £200 a month and 3% after that. It also offers free cash withdrawals and an optional overdraft.

Similar to Monzo, Starling lets you set savings goals and even offers interest on your balance at 0.05%. There is no charge for having an account and nothing to pay on UK or international withdrawals, but you will need to pay the MasterCard exchange rate. Starling also charges 0.4% on international money transfers. The overdraft fee is an equivalent annual rate (EAR) of 15%, 25% or 35% based on your credit score.

The main benefit of Monese is the competitive and in some cases free currency exchange and international money transfers (but you do have to pay for the privilege). This will benefit those travelling regularly, either for work or pleasure or if you move from abroad and want to send money back home (Revolut is still probably the better option in this regard - read our full Revolut review). Monese users benefit from a faster way to set up their current account than with a traditional bank. Also, everything can be managed via the app without having to go through call centres or branches which is beneficial if you are constantly on the move.

Unlike other current account providers, there is no authorised overdraft facility but they have now launched a  business account.

There is no minimum amount needed to fund the account, which many mainstream banks require, but there are some limits to usage with Monese, we summarise these limits here.

In a world where people are increasingly mobile, both in terms of where they live and work and how they transact, Monese definitely has a role to play. Its app is useful for those regularly on the move between different countries and who need to send money abroad. It is especially useful if you travel between the UK and Europe regularly as you can easily switch between a UK and European account.

However, it falls slightly behind the others by not offering any interest, an overdraft or any help with savings goals and it charges for some items that others provide for free. But the easy setup process makes it worth considering if you are struggling to get a current account elsewhere.

Starling Bank review: The best place to put your money?

By Lauren Burrows
26 min Read 23 Jun 2021
In this independent review, we look at Starling Bank including how it works, Starling Bank's fees and how it compares...

Starling Bank Euro bank account review - Who should get it?

By Lauren Burrows
9 min Read 11 Nov 2020
On 30th October 2019 Starling Bank announced the launch of its new bank account that allows users to spend in...

By Lauren Burrows
11 min Read 01 Oct 2020
With so many app-only banks trying to crack the UK market it can be difficult to choose which one is...

This website uses cookies to improve your experience while you navigate through the website. Out of these, the cookies that are categorized as necessary are stored on your browser as they are essential for the working of basic functionalities of the website. We also use third-party cookies that help us analyze and understand how you use this website. These cookies will be stored in your browser only with your consent. You also have the option to opt-out of these cookies. But opting out of some of these cookies may affect your browsing experience.
Necessary Always Enabled

Any cookies that may not be particularly necessary for the website to function and is used specifically to collect user personal data via analytics, ads, other embedded contents are termed as non-necessary cookies. It is mandatory to procure user consent prior to running these cookies on your website.