Banking > When will Facebook’s digital currency ‘Libra’ launch in the UK and who will accept it?

When will Facebook’s digital currency ‘Libra’ launch in the UK and who will accept it?

On 18th June 2019, Facebook announced that it will launch a new digital currency, called Libra. It is likely to be launched as early as next year with users being able to make digital payments via apps such as Facebook, Messenger and WhatsApp.

Facebook is the latest tech company to step into the payment sector, following Apple Pay, Samsung Pay and Google Pay. Facebook's unique selling point, however, is that Libra uses crypto-currency.

Facebook confirmed that paying using Libra would be as easy as texting and would be independently managed by a group of companies and charities (Facebook being just one) - known as the 'Libra Association'.

It is too early to know exactly who will accept Facebook's new digital currency, but it is likely that Libra payments will eventually be accepted by all of the companies and charities within the Libra Association. That includes:

Facebook said that it expected Libra to be bought and sold on currency markets in the future.

The full details of how payments are processed, the security of such payments and exactly what consumer rights are available to Libra users have yet to be released.

Facebook has said however that the apps and services that use Libra will need to be compliant with the regulatory regimes in the markets that they operate within.

Who is Facebook's new digital currency Libra aimed at?

Facebook says that there are 1.7 billion adults worldwide who do not have a bank account and so a digital currency could benefit those that are disproportionately affected, such as those in developing countries.

The US has already approved the currency for launch, however it is unclear whether countries such as India (undoubtedly one of Facebook's intended target market's) will be as keen to approve the launch, especially as they have recently clamped down on other digital currencies.

Facebook has been recently engaging with governments, regulators and central banks in order to build trust in the digital currency and it has been reported that around 12 markets would be ready upon launch.

We will update this article as more information becomes available.

By Lauren Burrows
3 min Read 14 Nov 2019
Facebook has announced the launch of Facebook Pay in the US, a service that allows users to make payments over... 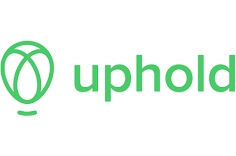 Uphold review: A successful blend of traditional and digital finance?

By Bronte Carvalho
7 min Read 05 Jan 2022
What is Uphold? Uphold is a cryptocurrency exchange platform which serves more than 180 countries around the world and has...

Facebook Marketplace to introduce selling fees from January: What you need to know

By Bronte Carvalho
6 min Read 04 Nov 2021
Facebook has announced that it will start introducing fees for some sellers on its popular Marketplace platform from January 2022....