News > 10 things you didn’t know about the UK census

10 things you didn’t know about the UK census 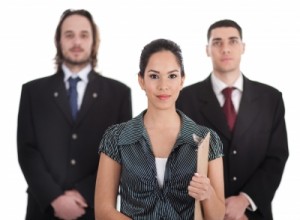 Last night every household was expected to complete the UK census which counts all people and households in the country. It provides population statistics from a national to neighbourhood level for government, local authorities, business and communities. Its completion is compulsory so if you have not completed yours already then do so ASAP otherwise you could be facing a hefty fine. In the meantime, here are some interesting census related facts:

1 - The first UK census was in 1801 carried out partly to ascertain the number of men able to fight in the Napoleonic wars.

2 - Since 1801 censuses have taken place every ten years with the exception of 1941, due to the Second World War.

3 - The first four censuses (1801-1831) were mainly statistical and contained virtually no personal information.

4 - The 1841 census was the first to record names of all individuals in a household.

5 - In 1911 the Women's Freedom League, a suffragette organisation, launched a campaign to boycott the census. They encouraged women to go to all-night parties or stay at a friends house to avoid the census.

6 - In 1966 the UK trialled an alternative form of enumeration known as the "longform/short form whereby every household was given a short form to complete, while a sample of the population had to complete a longer, more detailed, form.

7 - In the last census (2001) 94% of the population completed it with a further 4% completed as a result of a follow up by census enumerators .

9 - The 2011 census is the first that has the option to be completed online.

By Lauren Burrows
7 min Read 13 Jun 2019
A report released by the National Audit Office (NAO) has revealed that 60% of the buyers that used the government's...

By Lauren Burrows
14 min Read 08 Jun 2021
Pet insurance is an insurance policy designed to reduce the cost of veterinary bills should your pet become ill or...

Mortgages for self-employed: 3 things you need to know

By Andy Leeks
4 min Read 26 May 2021
In this article, we cover 3 key things you need to know if you are self-employed and considering applying for...