Autumn statement 2022: How will it affect you? 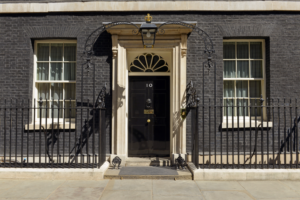 Chancellor of the Exchequer Jeremy Hunt has unveiled a number of measures in today's Autumn Statement in an effort to provide stability and growth in the UK economy. Prime Minister Rishi Sunak said that the Chancellor's Autumn statement 'puts our economy back onto a positive trajectory and restores our fiscal sustainability'. In this article, we explain how the key decisions from today's Autumn statement are likely to impact your finances.

Here is a quick summary of the key announcements made today, click on the heading for more information or scroll down to read the full article:

Freeze on some Income Tax thresholds

While not technically a tax rise, Chancellor Jeremy Hunt has confirmed that all income tax bands except for the additional rate tax band will be frozen until April 2028, meaning millions will ultimately end up paying more tax as their wages increase over time. Sometimes referred to as 'bracket creep', freezing income tax thresholds at a time when average wages are increasing helps to secure additional tax revenues for the government (a form of stealth taxation). A freeze has the effect of pushing low-paid workers into the tax system while at the same time pushing other workers into higher tax brackets.

Threshold reduced on the highest rate of Income Tax

From April 2025, electric vehicles will no longer be exempt from Vehicle Excise Duty.

The change to Stamp Duty thresholds announced in the now infamous mini-budget in September will remain in place, but only until the end of March 2025 when they will return to the previous thresholds. This means that from April 2025, the threshold for when Stamp Duty starts to become payable reduces from £250,000 to £125,000, a change that will cost house buyers an additional £2,500 on properties worth £250,000 or more. You can read more about the latest stamp duty thresholds in our mini-budget roundup.

The government today announced an increase to the Energy Profits Levy. It means that from 1st January 2023, energy companies that make extraordinary profits must pay 35% tax, up from 25%. It is to be in place until 2028.

The Energy Price Guarantee is a government scheme that ensures that UK households pay a lower amount for their energy, equivalent to £2,500 per year for the average UK household until April 2023. The Chancellor today announced that the Energy Price Guarantee will be extended beyond April 2023, however, the cap has risen from £2,500 to £3,000 and will last for a further 12 months.

If you are worried about the rising cost of energy, check out our article 'How to save money on your energy bills'

Inflation-linked state benefits will increase by 10.1% in April 2023. The rise mirrors September's inflation figures according to the Consumer Price Index (CPI).

However, Chancellor Jeremy Hunt announced today that the triple lock rule has been reinstated for the 2023/24 tax year meaning state pensions will rise by 10.1% in April 2023. We explain below how the rise is likely to impact you.

By Damien Fahy
3 min Read 27 Oct 2021
The UK’s Autumn Budget, unveiled by the Chancellor of the Exchequer, outlined the government’s tax and spending plans for the...