News > Mini-budget latest U-turn – What you need to know

Mini-budget latest U-turn – What you need to know 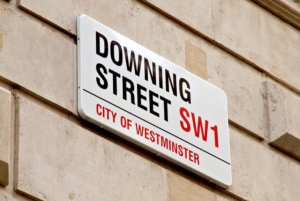 Newly appointed Chancellor of the Exchequer Jeremy Hunt made an emergency statement on Monday 17th October 2022 in an effort to stabilise public finances and calm financial markets. Having reversed two-thirds of the tax cuts promised in September, the Chancellor said that there were 'more difficult decisions to make on both tax and spending'.

In this article, we summarise the key points from the mini-budget announcement and what this means for you.

The changes to stamp duty thresholds, announced by former Chancellor of the Exchequer Kwasi Kwarteng remain in place. The threshold has increased by £125,000 and will save both new and existing housebuyers up to £2,500 in stamp duty. Additionally, the value of the property on which first-time buyers can claim the additional stamp duty relief has risen from £500,000 to £625,000. We've provided a breakdown of the threshold change in the table below.

The reversal of the recent 1.25% rise in National Insurance, introduced on the 6th April by Rishi Sunak, remains in place and will be scrapped as planned from the 6th November 2022. Employees that earn less than £12,570 a year will not be affected as National Insurance is only paid on earnings in excess of the tax-free personal allowance. We have summarised the savings you can expect in the table below.

A rule that capped the bonuses of wealthy bankers to 200% of their annual salary remains scrapped. Previous Chancellor Kwasi Kwarteng said that “We need global banks to create jobs here, invest here and pay taxes here in London, not in Paris, not in Frankfurt, not in New York.”

Mini-budget announcement - What measures have been scrapped?

The Energy Price Guarantee was introduced by the government on the 1st October 2022 and ensured that the average energy bill for UK households would be capped, on average, at £2,500 per year for two years. Government intervention became inevitable after Ofgem announced an 80% increase to the energy price cap, warning that average bills could exceed £5,000 per year by 2023. Some were surprised with the scale of the intervention, however, with estimates suggesting it could cost taxpayers as much as £130bn without any clear plan on how it is to be repaid.

Chancellor Jeremy Hunt has scaled back what he describes as the 'Biggest single expense in the Growth Plan', meaning the Energy Price Guarantee will now only be in place until April 2023. He stated that 'it would be irresponsible for the government to continue exposing the public finances to unlimited volatility in international gas prices'. As such, there will now be a Treasury-led review into how the government will provide support for energy bills beyond April next year. The government will be seeking a solution that will cost the taxpayer significantly less than originally planned whilst ensuring enough support for those in need.

Ex-Chancellor of the Exchequer Kwasi Kwarteng had previously announced that the basic rate of income tax was to be reduced from 20% to 19% from April 2023, a year earlier than originally planned. In his statement, the Chancellor confirmed that while the government aims to proceed with the cut in due course, it will only take place when economic conditions allow for it and when the change is affordable. This means that the basic rate of income tax will remain at 20% indefinitely and will cut the cost of the government's growth plan by around £6 billion a year.

The freeze on alcohol duty from February 2023 has been scrapped with the government estimating it will raise around £600 million per year.

Reforms to the rules for off-payroll workers (known as IR35) had previously been scrapped, however, these rules will now remain in place. It is estimated that this will raise around £2 billion per year.

The planned 1.25% cut of dividends tax in April 2023 has been scrapped. The 1.25 percentage points increase, which took effect in April 2022, will now remain in place. This is expected to raise around £1 billion per year.

Prior to today's announcement, ex-Chancellor of the Exchequer Kwasi Kwarteng had already reversed the controversial abolishment of the 45% additional rate of tax, a tax that applies to earnings over £150,000.

Plans to scrap the rise in corporation tax, the tax that companies pay on their profits, have been halted. Corporation tax will proceed with rising from 19% to 25% in April 2023 as originally planned.

By Andy Leeks
2 min Read 03 Oct 2022
Kwasi Kwarteng announced a number of tax cuts in his first budget as Chancellor of the Exchequer, in a bid...

By Damien Fahy
1 min read 25 Sep 2022
Episode 385 - On this week's episode I discuss the mini-Budget and how it is likely to impact your finances...