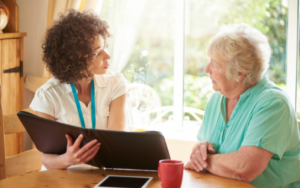 What is a pre-paid funeral plan?

Why has Safe Hands gone into administration?

Safe Hands has gone into administration due to a 'period of severe financial challenge, which has left the business unsustainable in its current form.' Safe Hands has also stated that this is due to a number of factors some of which may be linked to the coronavirus pandemic. Safe Hands are currently exploring other potential opportunities to rescue the business with the help of other funeral plan providers.

Safe Hands says it is looking for alternate solutions including the transfer of existing funeral plans to other providers and customers will be contacted with more information in due course. Safe Hands has, however, reached a temporary 14-day agreement with funeral services provider Dignity which it is currently reviewing. Despite this, Safe Hands has put measures in place to prevent payments from being taken for existing funeral plans and customers are being advised to contact their banks and cancel direct debits and standing orders.

Will I get my money back for my Safe Hands funeral plan?

All Safe Hands funeral plan holders are advised to raise a claim with Safe Hands and will be contacted on how claims can be submitted. How much money you will get back for your funeral plan is not yet known and according to the Safe Hands website 'there is a shortfall between the level of plan holder investments and the forecast level of funeral plan costs to be paid. Essentially, the value of the investments is not enough to meet the funeral plan obligations of the Company'.

However, a change of law which is being enforced from 22nd July 2022 means that all funeral plan providers will have to be regulated by the FCA going forward. This is to ensure that consumers are receiving a fair product and prior to July the FCA are conducting reviews of funeral plan providers that have submitted applications to be regulated. Those that are not applying for regulation will have to cease trading before 22nd July 2022.

Having a funeral plan provider regulated by the FCA will mean that consumers will have FSCS protection and the ability to complain to the Financial Ombudsman should the provider go bust. For more information on the new rules and what FSCS protection means for funeral plans, read our article What is the Financial Services Compensation Scheme (FSCS)?

Life insurance or funeral plan: Which is best?

By Harvey Kambo
6 min Read 23 Jun 2022
In this article, we outline what you should consider when choosing between life insurance and a funeral plan. Both types...

Who is the best broadband provider?

By Joel Kempson
7 min Read 23 Jan 2023
We know getting stuck with a bad internet supplier means wasting time, money and energy – but how do you...

How to switch broadband provider

By Joel Kempson
7 min Read 23 Jan 2023
Switching broadband providers can help you get a better deal, faster speeds and a more reliable connection. Changing providers should...