News > Is George Osborne’s employment rule reform actually an attack on the unions and inflation?

Is George Osborne’s employment rule reform actually an attack on the unions and inflation? 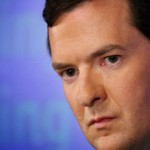 I just want to put a thought out there that occurred to me while reading the 'I newspaper' yesterday morning.

The newspaper ran an article titled 'Osborne goes after workers' rights ' to help employers''. I want to pull out a couple of key quotes and then run with them. The article stated that:

''Workers are set to receive less protection against redundancy, dismissal and workplace discrimination, as the Chancellor, George Osborne, tears up sections of employment law so that businesses can dispose of their staff more easily''

''[Mr Osborne] said such a [flexible] approach was needed to help employers in financial difficulty and push the Government’s broader aim of supporting private sector growth'' (at a time when he needs the public sector to mop up the swathes of soon-to-be unemployed public sector workers).

The article meandered on about the various rules and regulations being reviewed by George Osborne but it was the following paragraph that stood out for me:

''..review TUPE regulations and reform the consultation period for collective redundancies. The latter, under which employers must inform the Business Secretary of significant redundancies within 90 days, could see the window shortened to 30 days. Given current rules on balloting for industrial action, that would weaken the ability of trade unions to resist sackings before they happen''

Now while George claims that he is trying to make employing people more flexible in order to aid growth it is clear to me his real objective is to attack the unions. Mr Osborne even described the trade unions are ''the forces of stagnation'' (i.e. low economic growth).

The aforementioned 30 day window is pretty handy when you are about to cull public sector jobs particularly as a large proportion of trade union membership is in the public sector. But I don't just think the changes are all about the coming austerity measures. While George may have verbally described the unions as 'the forces of stagnation', inwardly he was thinking 'stagflation' (high inflation and low growth).

As I have mentioned before on this site the factor that will really ingrain inflation into the UK economy is not external inflationary pressures (such as high oil prices) but rising wage demands. This will then feed through to the costs of goods and services we buy (as they will cost more to produce due to higher labour costs) which in turn will lead to us all demanding further wage increases to keep up with the price rises– hence an inflationary spiral.

At the moment significant wage inflation has not reared its head and high unemployment is helping to keep a lid on wage demands. But if we look back in history a key driver of wage inflation was in fact the strength of the trade unions. If you plot a graph of trade union membership against wage increases the pattern is clear (unfortunately time and space wouldn't allow me to do this). Increased union membership eventually leads to an increase in wages demands.

But if you listen to the excellent Jim Leaviss, manager of the M&G UK Inflation Linked Corporate Bond fund, he often alludes to this point. He was recently quoted in the Financial Times stating that "In the 70's the power of the unions meant they were able to push through wage rises which accommodate inflation."

Now trade unions are just one factor, but one that is difficult for the government to control. The latest data has shown that trade union membership levels for UK employees fell by 2.7 per cent from 2009 to 2011. So while membership is down they are by no means impotent. Besides, most people most likely to only join a union in the face of adversity (which some would argue is now). And if their numbers swell and they gain strength then a wage demands will likely turn into real wage inflation – which really will let the inflation genie out of it's bottle. So can the government do any thing to stop this?

Given George Osborne's desire to avoid stagflation (high inflation and low growth) in the long run , if you can't beat the unions ….....then change the rules so their start to have less power. Yes their members could still strike in order to try and force wage demands but would you join a union in the first place if it's too slow to achieve anything. Maybe or maybe not. But in any event attacking employment rules is not a bad way for the government to try and reduce the power of the the unions which can only ever be a good thing for wage inflation.

By Harvey Kambo
6 min Read 20 Jun 2022
Heart attacks can be covered by a number of different insurance products which can provide help in a number of...

By Damien Fahy
1 min read 26 Jun 2022
Episode 373 - On this week's podcast I answer a listener's question regarding how to make investment decisions when markets...

By Damien Fahy
5 min Read 25 Mar 2022
I was recently asked by a national newspaper for equity fund suggestions that may benefit from rising inflation. In March...