News > How do flexible season tickets work and how much can I save?

How do flexible season tickets work and how much can I save? 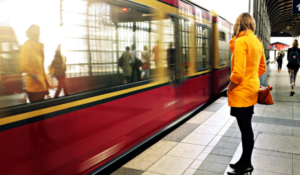 On 20th May 2021, the UK government announced the launch of a series of reforms to rail travel, including new flexible season tickets, as part of 'the biggest shake-up of rail in a generation'.

Transport Secretary Grant Schapps announced the scheme in Parliament, saying: "These reforms represent a bold new offer to passengers – of punctual and reliable services, simpler tickets and a modern, green and innovative railway that meets the needs of the nation".

This article breaks down the key points that you need to know about the new flexible season ticket, and how it can be used to improve your commuting experience.

What are the new flexible season tickets?

The new flexible season rail tickets - designed to reflect 'modern working habits' and save passengers 'hundreds of pounds' every year - are train tickets aimed at part-time commuters which are available across England now that lockdown travel restrictions are beginning to be lifted.

The government welcomed the launch with a statement, saying: "This new national offer also reflects the long-term decline in the use of traditional season tickets, with a change in working practices having been accelerated by the outbreak of COVID-19.

"With the pandemic sweeping away the traditional commute and leading to a significant increase in home-working, this ticket reflects the new priorities of the public".

How will the flexible season tickets work?

The new flexible season tickets - which are entirely paperless, so require either a smartcard or a mobile to scan them at a station - allow passengers to travel on any 8 days within a 28-day period without needing to select which days they want to travel in advance.

Is the new flexible season ticket right for me?

The new flexible season tickets are aimed at people whose working habits have changed as a result of the pandemic, so are ideal for those hybrid workers who only commute 2 to 3 times per week due to working from home. Flexible season tickets have the potential to save commuters 'hundreds of pounds' compared to purchasing weekly or monthly travel tickets.

Passengers only travelling once per week would still be best suited to purchasing a daily ticket, and those that commute more than 4 days per week should stick to conventional season tickets in order to make the biggest saving.

Which journeys will the flexible tickets cover?

The flexible season ticket is available for all Department for Transport-franchised train operating companies, including the London and the South East, Thameslink, South Eastern, South Western, Great Western, West Midlands, and Northern franchises. The full list of eligible train services can be found on the GOV.UK website.

However, the scheme does not include the 'Wales and Borders' franchises, which means that journeys on ScotRail, Transport for Wales, Merseyrail, TfL Rail, Heathrow Express, London Overground or any 'open access operators' (which are non-franchised companies including Hull Trains and Grand Central) are not eligible for the flexible season ticket.

How much will I be able to save with a flexible season ticket?

The government has compiled a list of examples of how much money the new flexible season tickets can save travellers per year across a range of journeys in England, including:

When can I buy a flexible season ticket?

For more details on the new flexible tickets, check out the GOV.UK website's announcement, or read the Transport Secretary's statement for information about the launch of a new state-run national public body - Great British Railways - designed to 'integrate the railways and deliver passenger-focused travel with simpler, modern fares and reliable services'.

Is it the season to be jolly? - Damien's Market Update - November 2022

By Damien Fahy
5 min Read 10 Nov 2022
Welcome to the latest episode of my monthly YouTube show where I discuss what is happening in investment markets and...

By Andy Leeks
9 min Read 19 Jan 2023
In this independent review I look at whether Penfold is the best way for people to manage and consolidate their...