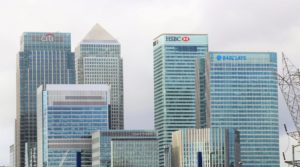 HSBC has announced its overdraft fee will rise to 39.9% EAR (equivalent annual rate) from 14th March 2020 in order to comply with new regulations being enforced by the Financial Conduct Authority (FCA).

I'm with HSBC, how will the changes affect me?

If you are a with HSBC then from 14th March 2020 the following changes will apply:

*based on an assumed arranged overdraft of £1,200.

Additionally, HSBC has updated the way you see your balances within your HSBC banking app. Previously (before 24th November 2019) your available balance would include your arranged overdraft. The update now shows only your available balance and does not include your arranged overdraft amount in that figure. This is to help customers distinguish between their own money and borrowed money in an effort to help reduce the habitual use of overdrafts.

The below table shows the changes being made to account balances:

HSBC has also announced it will be changing its text alerts system. It has introduced new messages that will be sent to customers when they are due to or have gone into their overdraft. HSBC has said 'these new alerts aim to help you manage your balance and will give you an opportunity to avoid any overdraft charges.'

Will I be better off with the new HSBC overdraft fee?

Current HSBC customers are charged fees between 9.9% - 19.9% on arranged overdrafts so the increase to 39.9% is a substantial change with some customers potentially being charged 4 times more than they are now. HSBC has however said that 70% of customers will either be better off or the same as they due to the introduction of maximum monthly charges and the new overdraft buffer.

The higher rate charge will be applied to all HSBC accounts except the student bank account.

All banks will have to comply with the new regulations set by the FCA however the new overdraft fees may vary from bank to bank. If you think you could get a better deal elsewhere and are looking to switch bank accounts, take a look at our article to see the best deals and offers currently available.

Why are the overdraft fees changing?

The FCA will enforce the following changes from 6th April 2020:

'The overdraft market is dysfunctional, causing significant consumer harm. Vulnerable consumers are disproportionately hit by excessive charges for unarranged overdrafts, which are often ten times as high as fees for payday loans. Consumers cannot meaningfully compare or work out the cost of borrowing as a result of complex and opaque charges, that are both a result of and driver of poor competition.'

'Our radical package of remedies will make overdrafts fairer, simpler and easier to manage. We are simplifying and standardising the way banks charge for overdrafts. Following our changes, we expect the typical cost of borrowing £100 through an unarranged overdraft to drop from £5 a day to less than 20 pence a day.'

'The decisive action we are taking today will give greater protection to millions of people who use an overdraft, particularly the most vulnerable.'

I'm with HSBC, how will the changes affect me?New overdraft alertsWill I be better off with the new HSBC overdraft fee?Why are the overdraft fees changing?

How to clear your overdraft - Millennial Money

By Lauren Burrows
4 min Read 09 Aug 2021
In this episode of Millennial Money, I list 4 different methods you can use to clear your overdraft, including budgeting...

Top-5 ways to clear your overdraft for good

By Laura Mossman
11 min Read 21 Jan 2022
For people who habitually go into their overdraft each month or have become significantly overdrawn, it can be difficult to...

Car insurance: Are you being hit with hidden charges?

By Bronte Carvalho
7 min Read 15 Dec 2021
Motorists are facing a surge in “hidden fees” from car insurance providers, driving up their premiums to the tune of...