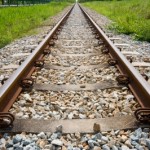 Today the Office of National Statistics announced that that annual rate of UK inflation was 2.6% in July, as measured by the Consumer Prices Index (CPI). This was a surprise increase from 2.4% in June, with analysts almost unanimous in their expectation of a fall in inflation rather than a rise.

This reason for the unexpected rise was higher airfares and housing costs. In addition, with retailers starting their sales earlier in the summer there was a smaller than usual fall in clothing prices during July.

Meanwhile the Retail Prices Index (RPI), which includes housing costs and is calculated differently from CPI, rose from 2.8% in June to 3.2% in June.

Bad news for commuters as average rail fare will now go up 6.2%

In October 2010 George Osborne changed the formula for setting rail fare increases as part of the Government's cost cutting measures. The aim was to pass more of the cost of running the rail network from the tax payer onto rail users. The new formula allows train operators in England to increase fares by 3% more than the July increase in the Retail Price Index, which today was announced at 3.2%.

These increases, that take effect in England in January 2013, will result in an average rise of 6.2%, almost double the current rate of inflation which is still expected to fall to 2% by the end of the year. In Scotland the average rail fare increase will be RPI +1%, i.e. 4.2%.

For long-distance commuters, who already endure the among most expensive rail travel in Europe, the rises will increase the annual cost of their journey to work by hundreds of pounds.

Some ticket prices may increase by as much as 11% as train operators are allowed to vary ticket prices by up to another 5% (i.e. RPI + 8%) on selected routes (as long as this is offset elsewhere on other fares). Understandably these proposed increases have triggered angry reaction from pressure groups.

Obviously, the increases will be welcomed by non-rail users as they will reduce the overall burden on the taxpayer.

How to cut the cost of rail fares

But there are ways to cut the cost of rail travel by hundreds of pounds despite the increases. Just read my article How to slash the cost of train travel for more details.

Train delay compensation - are you missing out?

By Lauren Burrows
4 min Read 10 May 2019
The consumer group Which? has found that train companies are making it increasingly difficult for passengers to claim compensation...

Inflation reaches 2.1%: What does it mean for you?