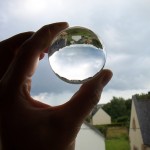 Predictions updated daily right up until the Budget on 23rd March, as and when more information is leaked or speculated upon. So make sure you check back. When we do make a change we will also announce it via our Twitter page and post the update below in red.

Also, once the dust has settled after the Budget don’t forget to come back and read our analysis on how it will affect you.

Having already announced increased personal tax allowances for 201/12 it is unlikely that there will be significant further changes in the Budget. However, the Chancellor may decide to make changes to various tax allowances and reliefs in an attempt to simplify the whole system. Also, remember the level at which people pay the 40 per cent higher rate will drop to £42,475

Announcing a long term objective of merging income tax and NIC would be another significant move towards simplification. Although this would be a long term project with many obstacles to overcome, a start has already been made with the recent announcement for a flat rate state pension.

Although unlikely to change the top rate of income tax (currently 50%), the Chancellor may signal some changes, or reduction in this rate in the future subject to the economy recovering further.

An outside bet may be the lowering of the threshold at which the 50p tax rate comes into effect, currently £150,000.

Update  18/03/11  - There have been constant calls for Osborne to make the proposed child benefit changes fairer. Under current proposals parents will lose the benefit from 2013 as soon as one of them becomes a high rate tax payer. But this leaves the anomaly whereby both parents can earn just under the threshold amount (so around £80k+ a year between them) and keep the benefits. While a couple where one of them stays at home to look after their children will lose their child benefit as soon as the other earns around £44k a year. Ridiculous!

There is hope that Osborne will see sense and announce measures to prevent such a ludicrous situation.

Last year the Government increased the rate of CGT from 18% to 28% for higher-rate taxpayers it is unlikely that we will any further changes in this area.

Update 16/03/11  - as explained in my article The hidden cost of shopping online, online retailers are exploiting a tax loophole known as Low Value Consignment Relief. This relief allows small value goods to be imported from outside of the EU VAT free as long as they are under £18. The problem is retailers (such as Amazon and Tesco) locate their online businesses in Guernsey to exploit this concession - giving them an unfair advantage over UK retailers.

Update 22/03/11 - According to the world's worst newspaper (The Daily Mail) tax on wine will rise by 13p, spirits by 51p and strong beer by 3p, while cigarettes will cost 15p extra. Take that with a pinch of salt.
.
Domicile

The Government's original Coalition Agreement stated that there would be a review of the tax treatment of non-UK domiciled individuals living in the UK. This review has not been completed yet so an announcement on a completion date is on the cards. However, there may be changes to the CGT rules on property sales for non-UK residents whereby tax will be due regardless of residency. There may also be changes to the annual levy of £30,000 for those not wanting to be taxed on worldwide income and capital gains. As only 5,400 individuals paid the £30,000 charge in 2008/09, there may be a reduction in the minimum number of years residency from seven to three and/or increase the levy to £50,000.

The Government has already signalled its intention to crack down on contrived and artificial methods of tax avoidance so further announcements in this crusade may well be made.

No increases to the threshold of £325,000 are expected but there could be a higher rate announced for high value estates. More likely is a tinkering of the various annual reliefs currently available.

Update 22/03/11 - George Osborne hinted on the weekend that he'll be scraping the proposed April rise in flight taxes (originally planned by Labour). But before you punch the air this will likely only save you £1 on a European flight. Gee - thanks George!

Update 18/03/11 - The tax relief enjoyed when investing into Venture Capital Trusts (VCTs) may be attacked. VCTs primarily invest in small start up and entrepreneurial companies and can provide attractive returns for investors but are obviously deemed high risk investments. To encourage investment and therefore entrepreneurial growth within the economy there are generous tax reliefs for would be investors. Namely, they receive 30% income tax relief on the way in provided they hold the investment for 5 years and dividends are tax-free. In addition any gains are Capital Gains Tax free.

Osborne has been making noises about the future of VCTs so there is increased speculation that new VCTs may be stopped as early as next week’s Budget. For the Treasury that will save them a lot of money but on the flipside it closes a potential funding avenue for start-up firms- which surely the government wouldn’t want to do? In reality what might  happen  is that Osborne will close any loopholes to stop investment companies exploiting the VCT reliefs to simply sell investments.

Update 16/03/11 - Rumours abound that the Budget may may ammendment to the PPR by reducing the final three year exemption down to two years to stop people flipping their house to sell second properties tax free.

The current Stamp Duty relief on properties worth £250,000 or less is due to continue until March 2012 and it is unlikely that any changes to this relief will be made. However a new 5% rate is already due to come into effect on 6th April for properties worth in excess of £1m.

With fuel prices reaching an all time high there are unlikely to be major hikes to the tax on fuel but following recent calls for a "fuel stabiliser" an announcement on this front may be forthcoming with the scheduled 1p increase being scrapped.

Update 18/03/2011 - Citywire have published some interesting thoughts on this area-  ‘There is likely to be a raft of schemes to encourage businesses to take on apprentices and trainees which will be welcomed by all.  With youth unemployment now topping one million it is essential to get these under 25s into work.  It is possible that Osborne will relax the rules on maternity leave for small businesses with fewer than 10 employees’.

The other area that the Chancellor make look into is controversial IR35 rule on ’personal service’ companies and clarify when a person is technically employed or self employed for tax purposes.

Update 22/03/11 - It is also likely that some new Enterprise Zones will be announced. These areas will benefit from tax breaks and planning concessions to boost infrastructure investment.

By Damien Fahy
19 min Read 22 Jun 2022
This article is continually updated to bring you the latest analysis on when interest rates are likely to rise or...

By Laura Mossman
5 min Read 03 Mar 2021
When Chancellor Rishi Sunak stood at the despatch box to deliver the Budget for 2021 it was clear there would...

The best budgeting apps in the UK: How to budget without trying

By Damien Fahy
5 min Read 19 Apr 2022
The best way to manage your finances is through budgeting and now is the time to start. Everything is now...