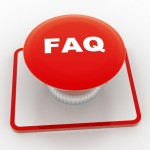 Here are the edited highlights of the latest pension changes announced last week.

It’s pretty heavy reading but there isn’t a lot out there on the internet actually explaining how the changes will affect people, so I thought it was worth publishing.

Firstly, the changes to tax relief in the previously announced draft legislation have been included in the Finance Bill unchanged.

I’ve split the rest of the changes into two sections based on relevancy i.e. ‘for everyone’ and ‘for the wealthy’. But to sum up – for the majority of people the changes simply mean that they will have more flexibility when it comes to retiring – and that’s about it. It is the extremely wealthy who have paid huge sums into pensions and now have pots worth over £1million who need to be sweating about the changes to the pension rules.

Existing income drawdown rules are to be replaced with effect from 6 April 2011 by new rules governing Capped Income and Flexible Income.

This replaces both the existing rules for Unsecured and Alternatively Secured Pensions (USP and ASP). Individuals will be able to determine their level of retirement income subject to a capped limit. This option will also replace ASP for existing investors. The maximum amount of income that can be drawn will be 100% of a comparable annuity. The comparable annuity must be reviewed after specified time periods.

The Capped Drawdown rules will apply for those who have Unsecured Pension as at 5 April 2011 from the earlier of:

From 6 April 2011 individuals over the age of 55 that meet the Minimum Income Requirement (MIR) of at least £20,000 per annum will be able to drawdown an unlimited amount out of their crystallised pension funds. The amount drawn will be treated as income for tax purposes.

Protection from the Lifetime Allowance Charge

By Andy Leeks
4 min Read 02 Dec 2021
The UK’s financial regulator, the Financial Conduct Authority (FCA), has told pension providers that they must encourage savers to use...

By Andy Leeks
17 min Read 11 Feb 2022
In this independent review I look at whether Penfold is the best way for people to manage and consolidate their...

Nutmeg Pension review - Is it the best pension option?

By Damien Fahy
21 min Read 09 Mar 2022
This is an independent review of the Nutmeg* pension. It is best to read the review in full but if...