News > Mastercard enters Buy-Now, Pay-Later space – what does this mean for consumers?

Mastercard enters Buy-Now, Pay-Later space – what does this mean for consumers? 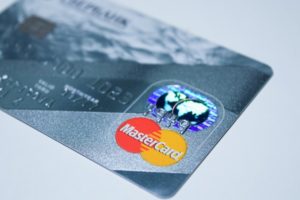 Mastercard has announced the launch of its buy-now, pay-later proposition, Mastercard Installments. The new service will allow customers to pay for goods and services from more than 70 million merchants worldwide in instalments. The launch comes as a number of other companies have also entered the buy-now, pay-later arena, including Monzo and Revolut, keen to cash in on burgeoning growth in the sector, which quadrupled in 2020.

The new initiative won't be available to customers until the beginning of 2022 and there are still details of the offering that have yet to be announced, including any potential late fees and the way in which the service could affect users' credit scores. However, Mastercard has revealed it will allow customers to make payments over 4 instalments, interest free. It will be available through the Mastercard mobile banking app or through approval at checkout. Alternatively, customers can seek pre-approval on the Mastercard website, which can then be stored in a digital wallet.

How does Mastercard Installments compare with other buy-now, pay-later options?

With much of the detail of the offering still to be revealed, it is difficult to determine how Mastercard Installments will stack up against its buy-now, pay-later rivals. However, a key differentiator that has been announced is the consumer protection it offers, including zero-liability fraud protection, which hasn't been part of the offering from its competitors to date.

Mastercard has stated it will provide a raft of tools and functionality from the new service, in line with what you would expect from a company of its stature. It will certainly be incentivised to deliver on this promise by the fact Apple is also currently developing its own buy-now, pay-later service.

What does Mastercard Installments mean for you?

Until Mastercard Installments is officially introduced in the UK in the first quarter of 2022, there is little impact on consumers. However, if you are interested in the proposition and are currently on the Visa or American Express network, you may wish to consider making the switch to Mastercard.

In the meantime, find out more about buy-now, pay-later in our article "Everything you need to know about Buy Now, Pay Later".

Mastercard lawsuit - Will I get a refund and how much will I get?

By Bronte Carvalho
5 min Read 04 May 2021
The UK government has launched a new scheme to give people struggling with problem debt a 60-day 'breathing space' period,...

Mastercard charges to be scrapped for spending abroad

By Lauren Burrows
3 min Read 11 Apr 2019
Mastercard has announced that from Friday 12th April 2019, anyone planning to spend abroad with a pre-paid Mastercard will no...