Quick Savings > Shopping > Everything you need to know about Buy Now, Pay Later

Everything you need to know about Buy Now, Pay Later 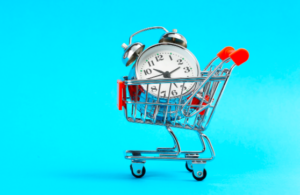 It is difficult to ignore the growing trend for buy-now, pay-later (BNPL), with Klarna, Clearpay, Laybuy and PayPal joined more recently by the likes of Monzo and Mastercard. Consumers are encouraged to purchase goods and spread the payments, with the promise that it is free and safe. However, debt charities are reporting a growing number of people falling into financial difficulties as a result of using buy-now, pay-later, with many questioning the morality of facilitating impulse buying and overspending.

In this guide, we explore both sides of the argument, outlining the benefits of using buy-now, pay-later, as well as highlighting the risks.

What is Buy Now, Pay Later?

As the name suggests, buy-now, pay-later allows you to make a purchase and spread the cost. Typically buy-now, pay-later providers allow you to pay in weekly, fortnightly or monthly instalments. Additionally, some providers allow you to defer the whole payment until a set date in the future. It is appealing to some shoppers as it allows them to make purchases that they may not otherwise be able to afford if they had to pay the full amount upfront, but there are also risks involved in taking on debt that you may not be able to pay off later down the line.

Also known as point-of-sale credit, consumers should be aware that buy-now, pay-later is exactly that: credit. Although the way it is presented and the ease of access is markedly different from other forms of borrowing, it is, in effect, a short-term loan and, as such, could impact your credit rating. With this in mind, it needs to be approached with caution and used sensibly.

Although you are able to apply for buy-now, pay-later in some stores, it is a payment method most commonly associated with online shopping. When you reach the checkout page, there will be a list of payment options and for a large number of retailers, this will include one or more buy-now, pay-later options. There is also the choice with some providers to arrange to make a payment in instalments in advance, or even to retrospectively move past purchases onto a buy-now, pay-later arrangement. You then go through the following steps:

Step One - Select the buy-now, pay-later option you want

Depending on the provider, there may be a number of buy-now, pay-later payment plans to choose from:

You will be asked to provide personal information, including your address, date of birth and payment details to help prove your identity and confirm that you are over 18. Many of the providers recommend putting the delivery address for your item as the same as your billing address for your first item to help avoid potential confusion.

At this stage, you may also be encouraged to open an account with the buy-now, pay-later provider or to download their app, although in most cases this isn't mandatory. You will, however, be incentivised to do so, with access to exclusive offers and discounts if you do sign up.

Whether you are accepted for a buy-now, pay-later plan will be determined by three factors:

The approval process is typically completed in a matter of minutes and you will then be asked to agree to the terms and conditions, pay the initial instalment (except in the case of Klarna Pay in 30 days) and to provide your bank details for future instalments.

How much does Buy Now, Pay Later cost?

A central part of buy-now, pay-later providers' appeal is that they offer a free service to the end consumer. The debt is interest-free and there are no fees to use the service, irrespective of whether you pay after one month, in three or more instalments or over 12-or-more months. There is also no penalty if you pay off the amount you owe early. Instead, the providers make their money through the retailers by charging a percentage of every purchase made using their services.

It is worth noting, however, that most providers charge a late fee if you miss a payment or if there are insufficient funds in your account when they attempt to take payment. The amount charged varies across companies, but for the main players, the charging is as follows:

If you persistently don't pay what you owe, it is likely the debt will ultimately be passed on to a debt collection agency, which would attract a much higher penalty and also impact your credit rating.

What happens if I return the item I bought?

If you decide to return the goods you bought, this will be reflected in your buy-now-pay-later account, with any initial instalment refunded back to your card and any future scheduled payments cancelled. If instead, you opt to exchange items, any difference in purchase price will also be altered on your account.

Anecdotally, buy now, pay later has proved popular to those wishing to buy clothes online, due to the fact it allows people to order items in a range of sizes without having to pay for it all upfront. They can then try them on, keep the one that fits and return the others within the time specified by the retailer, without incurring costs or tying up funds.

What consumer rights do I have with Buy Now, Pay-Later?

If you make purchases over £100 on your credit card, you are provided with protection through section 75 of the Consumer Credit Act if the goods are faulty, aren't as described, aren't delivered as promised or if the retailer goes bust. However, by using buy now, pay later, you are effectively buying through a third-party and, as such, forego these rights. While retailers and buy-now. pay-later providers typically offer their own consumer protection policies, this isn't enshrined in law as with the Consumer Credit Act and could be subject to change.

For more details on this, read our article "Section 75 of the Consumer Credit Act explained - your rights and how to claim"

What are the benefits of Buy Now, Pay-Later?

What are the dangers of Buy Now, Pay Later?

What happens if I can't afford to pay off my Buy-Now, Pay-Later debt?

If you know you are going to struggle to pay one or more of the instalments in your repayment schedule, the first thing to do is contact the provider and explain the situation. They may be able to pause the payments or work out a new repayment schedule. This also applies if you want to change the day the payment is taken, as it will potentially save you being liable for a late fee if you let the provider know in advance.

If you find yourself in sudden financial difficulty because of a change in circumstances and a variety of debts are beginning to spiral, look for free debt advice. You can find out more information on this in our article "Where to get free debt advice".

What alternatives are there to Buy Now, Pay Later?

Depending on the situation and the type of spending you are looking to do, you could consider a credit card with 0% interest offers on purchases and/or balance transfers. The best deals allow you to spread payments for two or more years without incurring interest. For an overview of the cards available and what might suit you, read our article "How to choose the best credit card for you".

Alternatively, although it may be deeply unfashionable, getting into good savings habits are a great life skill. There are a range of apps that can help you to create a healthy savings pot to fund future purchases. You can read more about it in our article "Best savings apps in the UK".