News > Mortgage affordability rules change – how it affects you

Mortgage affordability rules change – how it affects you 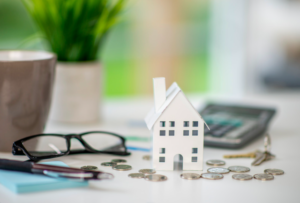 The Bank of England has removed the "stress-testing" element of mortgage affordability checks, which means lenders will no longer have to assess if potential borrowers would be able to afford mortgage payments if interest rates were to rise by 3% in the future. It believes the remaining affordability checks during the application process are robust enough to maintain responsible mortgage lending practices.

The decision followed a consultation process after it was estimated that around 50,000 people were being kept off the property ladder because of the stress testing requirement. The Bank of England hopes it will simplify mortgage lending and help first-time buyers, movers and those looking to remortgage.

How will mortgage lending be assessed now?

The previous rules were developed as part of the Mortgage Market Review 2014. They outlined that lenders needed to consider four key elements when assessing whether a mortgage was affordable.

The change, which takes effect from 1st August 2022, means the final point is being scrapped, although the other 3 parts will still be included. The Bank of England has also stipulated that the majority of loans available on the market need to be no higher than 4.5 times annual income for sole or joint mortgage applicants. This, it hopes, will avoid a return to pre-financial crisis lending levels.

What do the changes mean for you?

Although the removal of stress testing is a significant change, in practice it is unlikely to have a major impact on borrowing levels. Indeed, with inflation at 9.1% in the UK, the cost-of-living crisis is likely to have more of an effect on the amount people are allowed to borrow, with lenders looking at day-to-day expenses and bills as a core part of affordability.

Households are now paying an average of £700 per year more on their energy bills, while it is estimated that food bills are set to be £380 more this year than last year. Moreover, fuel price rises mean it now costs more than £100 to fill the average family car. This inflation will be factored in to how much a lender believes you can afford to repay on mortgage debt.

In addition, with the Bank of England base rate already steadily rising, the record-low mortgage deals from last summer are now a thing of the past, with many mortgage rates being double - or even treble - what they were then. For example, while a first-time buyer could get a Halifax 2-year fixed rate deal at 60% LTV at a rate of 0.83%, the same deal is now 2.62%. This means someone with a £250,000 mortgage with a term of 25 years will go from paying £923 per month to £1,137 per month.

To find out how much you could possibly borrow as well as how to source the best deal for your individual circumstances, you should consider using a good whole-or-market, independent mortgage broker, such as Habito*. You may also find our article "How much can I borrow on my mortgage?" helpful, as well as our mortgage best-buy table.

How will mortgage lending be assessed now?What do the changes mean for you?

By Damien Fahy
1 min read 26 Jun 2022
Episode 373 - On this week's podcast I answer a listener's question regarding how to make investment decisions when markets...