News > Neil Woodford fund suspension: What to do if you are affected 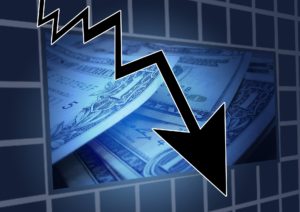 Neil Woodford is a fund manager in the UK who has enjoyed a 'rock star' reputation in the investing world and is the founding partner of Woodford Investment Management. His Woodford Equity Income fund holds the pensions and investments of tens of thousands of people. However, the Woodford Equity Income fund had been performing so badly since June 2017 that investors were withdrawing money at the rate of £10m a day in May 2019.

On Monday 3rd June, after 23 consecutive months in which withdrawals from the fund had been greater than new deposits, Neil Woodford announced that the LF Woodford Equity Income fund would be suspended. This means that investors are unable to buy, sell or transfer funds until it is reopened, but the fund manager, Neil Woodford, is still able to manage the portfolio on behalf of the investors. The fund will be suspended for at least 28 days but Neil Woodford has said he will be providing continual updates on the status of the fund.

Why has the fund been suspended?

The fund was suspended as investors were withdrawing their money from the fund at an alarming rate, which meant that investors would not be able to be paid back quick enough without damaging the fund value. The issue was compounded as the Woodford Equity Income fund held unusually big stakes in smaller unlisted companies, which are difficult to sell.

Some financial data gathered by Morningstar found that:

May was the 23rd consecutive month that the Woodford Equity Income fund had suffered net outflows. It is estimated that investors pulled around £10 million a day out of the fund in May. The size of the fund, which peaked at £10.2 billion, has shed £560 million of assets in a matter of weeks. Today it has £3.7 billion of assets.

Neil took to his website to apologise for suspending the Woodford Equity Fund and said it was in the best interest of investors.

How does a fund get to the point of suspension?

Neil Woodford is a contrarian investor which means that he looks for investments that are in contrast to the market sentiment or current trends of the time. This strategy had served him well during his 26-year career as an asset manager for Invesco Perpetual and encouraged him to go it alone in 2014 and set up Woodford Investment Management.

Where did Neil Woodford invest his clients' money?

In the early days, Woodford's contrarian investment style seemed to be working with the Equity Income fund comfortably beating its benchmark and much of its peer group. As the fund grew larger Woodford needed to spread the net wider to search out new investment opportunities. This included investments in unquoted stocks that had the potential of floating on the stock market as listed companies, to enjoy the subsequent jump in the share price. This was a departure from the blue-chip stocks on which he had built his reputation.

Investing in unquoted stocks is a risky strategy because they are very difficult to trade in large amounts especially if the price starts to fall or the potential to become a listed company disappears. Many of Woodford's investments were in the biomedical business whose success was based on research into new drugs. If this research did not result in a new advancement in medication the company's reputation and share price may never recover.

What were the circumstances that led to the Equity Income fund suspension?

As many of Woodford's investments foundered in late 2017 and early 2018 investors started to withdraw their money from the fund. To meet these redemptions, Woodford was forced to sell the most easily tradable stocks thus unbalancing the makeup of the fund towards smaller and unlisted companies.

Funds are not allowed to invest more than 10% of their assets in unlisted companies and the Woodford Equity Income fund was teetering close to this mark. To avoid breaching the rules Woodford reduced the illiquid portion of his investments by moving £73m of unquoted stocks into an investment trust Mr Woodford also ran called Patient Capital Trust.

The tipping point for the Equity Income fund came on 31st May 2019 when Kent County Council requested a £263m withdrawal from the fund, this was in addition to the normal daily withdrawals in the region of £10m. This was the final straw and Woodford had no real choice but to freeze the fund.

The dominos then started to fall as Hargreaves Lansdown eventually decided to pull the Equity Income fund from its closely followed Wealth 50 list of funds. Hargreaves customers accounted for approximately 20% of Woodford's assets under management and had helped fuel Woodford's cult reputation as an investment superstar.

My money is invested in the Woodford Equity fund, what now?

If your money is invested in the Woodford Equity Income fund you will not be able to access it until the fund suspension has been lifted. As your money remains invested the value could also change depending on the share prices of the holdings in the portfolio. Therefore if the prices rise, so will your investment, but if they fall your investment will fall also, meaning you could get back less than what you put in.

Will I get my money back?

Investors will be able to regain access to their money once the fund suspension has been lifted, if it ever is. Investors are covered by the Financial Services Compensation Scheme (FSCS) so investments will be guaranteed up to £85,000

Do I still pay fees even though the fund is suspended?

Despite the fund being suspended you will still be being charged fees. This is because the fund is still being managed and Neil Woodford has so far refused to waive his management fee.

I invest with Hargreaves Lansdown will this be affected?

What is going to happen with Woodford's Equity Income fund now?

The future is unclear regarding the fund with some predicting it is likely to remain closed for the rest of 2019 at least. It is likely that Woodford will be restructuring the assets within the fund to make them more liquid and more sustainable over the long term. The questions are can he stem the flow of withdrawals when the fund eventually reopens, make the fund attractive to new investors and outperform the relevant benchmark and his peers. Only time will tell.

I was asked by the Mail on Sunday for possible alternatives to the LF Woodford Equity Income fund. Follow the hyperlink to read my views. The fund suggested in the press article was derived from the equity income research available to 80-20 Investor members.

If you are unhappy with the way the closure of the Woodford Equity Income fund has been handled you can complain to Woodford Investment Management. You can call 0333 300 038 or email [email protected] if you have any further questions regarding the suspension of Woodford's equity fund.

If the complaint is then not appropriately dealt with the case can be referred to the Financial Ombudsman Service by calling 0800 023 4567 or writing to Exchange Tower, Harbour Exchange, London E14 9SR.

What has happened?Why has the fund been suspended?How does a fund get to the point of suspension?Neil Woodford's investment styleWhere did Neil Woodford invest his clients' money?What were the circumstances that led to the Equity Income fund suspension?My money is invested in the Woodford Equity fund, what now?Will I get my money back?Do I still pay fees even though the fund is suspended?I invest with Hargreaves Lansdown will this be affected?What is going to happen with Woodford's Equity Income fund now?Alternatives to Woodford's fundsOther fund alternatives

Flybe goes into administration - what to do if you're affected

By Lauren Burrows
5 min Read 30 Jan 2023
The travel airline Flybe announced on 28th January 2023 that it had been placed into administration and all flights to...

HSBC changes branch opening times - what to do if you're affected

By Laura Mossman
1 min Read 07 Jun 2022
HSBC has changed its opening times at two-thirds of its branches, with customers facing more than 30% reduction in service...

Three becomes latest mobile network to charge for roaming - are you affected?

By Lauren Burrows
4 min Read 24 May 2022
Three is the latest mobile network provider to introduce roaming charges for customers using their mobile phone abroad. Previously, it...