News > People’s Energy and Utility Point cease trading: What to do next

People’s Energy and Utility Point cease trading: What to do next 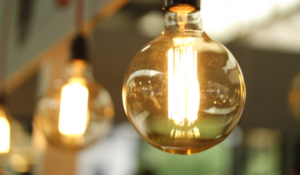 More than half a million UK customers have been advised not to panic after two energy suppliers announced they had ceased trading on Wednesday.

The collapsed firms are Edinburgh-based People's Energy, which supplies gas and electricity to 350,000 homes and 1,000 businesses, and Dorset-based Utility Point, which has 220,000 customers around the country.

Those affected have been advised not to immediately switch to a new supplier as a new company will be appointed for them by regulator Ofgem. Energy supplies will continue in the meantime.

It comes at a time when wholesale energy prices have hit record highs, and a number of popular firms have slipped into bankruptcy.

What to do if you are affected

If your energy is provided by either firm, Ofgem has confirmed that your energy supply will continue and that customers' credit balances are protected, but advises not to switch just yet.

Customers are being advised to wait for Ofgem to allocate a new supplier, which will then contact those affected about transferring their account, and to have a meter reading to hand for when they get in touch.

There has been no indication how long this will take, but expect it to be at least a few weeks. Remember that your energy supply will continue as normal during this time.

Customers still keen to switch after this interim period will be able to do so once their new supplier has contacted them about what is happening with their existing account. We have compared the best energy auto-switching services in the UK for those that do. Just bear in mind that cancelling any direct debits before a new supplier has been appointed will draw out the transition process.

What is happening to energy prices?

Energy prices are soaring, a meteoric rise given they hit their lowest rates in decades just 18 months ago during the first national lockdown, and the new price cap announced last month takes the annual threshold to £1277.

The collapse of PfP Energy and MoneyPlus Energy last week and a fire on a key electricity cable between Britain and France have only driven prices higher. On Wednesday, British electricity prices jumped by 19% to £475 per megawatt hour (MWh) in just one day.

Prices were already rocketing, however, as wholesale energy rose to £540 p/MWh on Monday - £369 higher than the Friday before, and more than 1,000% above the average energy price over the past decade.

Experts have warned that further price hikes could be imminent, driven by a growing energy crisis across Europe. Natural gas is currently in short supply due to production constraints coupled with rising demand on the continent. The price of gas affects British electricity costs because more than 30% is generated in gas-fired plants.

To make matters worse, some nuclear plants are also suspended, and wind power plants have had little to work with thanks to a spell of calm weather and low wind speeds. Just 8% of UK power came from wind last week, compared to 20% over the course of an average year.

With the energy price cap reset every 6 months by Ofgem, the impact of the recent crisis could see customers facing a significant rise in their bills at the start of next year unless wholesale costs fall substantially over the next few months

What to do if you are affectedWhat is happening to energy prices?

Freetrade vs Trading 212: Which is best for low-cost trading?

By Laura Mossman
6 min Read 23 Feb 2022
If you are looking for a low-cost way of investing in shares, investment platforms Freetrade and Trading 212 offer commission-free...

Rise in using 'Buy Now Pay Later' to pay utility bills: What are the alternatives?

By Andy Leeks
6 min Read 11 May 2022
The National Institute of Economic and Social Research (NIESR) reported this week that an estimated 1.5 million UK households will...

By Liam Fahy
5 min Read 14 Jun 2021
If you are contemplating investing in a buy-to-let property, there are some key areas you need to address to guarantee...