News > Price cap to stay despite energy crisis: What does it mean for you?

Price cap to stay despite energy crisis: What does it mean for you? 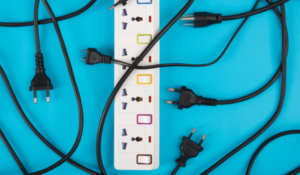 Energy regulator Ofgem has assured millions of Brits that the soaring wholesale cost of energy will not affect consumer prices, stating that the upcoming changes to the annual price cap will remain in place.

What is happening with energy prices?

Energy prices have rocketed in recent weeks in what is now being referred to as an “energy crisis” as a result of disruption to supplies around the world.

The following graph indicates how weekly average day-ahead gas prices have risen throughout the course of the year. 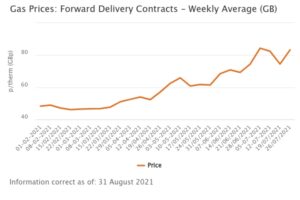 Natural gas, which powers around half of the UK’s electricity generators, is currently in short supply due to production constraints on the Continent. Meanwhile, several nuclear plants have been offline due to reactor outages, and a fire on a major power cable from France wrote off one of the main electricity supply routes to the UK last week.

As if that wasn’t enough, wind plants have been struggling to generate the usual amount of electricity for this time of year, as a spell of calm weather and low wind speeds hovers over the country. There are fears that the trend could continue into the winter after the UK reported one of its least windy summers for 50 years.

The graph below demonstrates how weekly average day-ahead electricity prices have progressed this year. 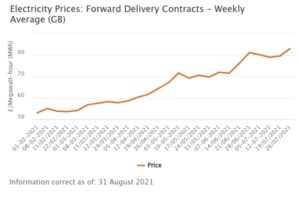 So with energy supplies struggling to keep up and a post-lockdown surge in demand, prices have soared, and many customers have already started to feel the squeeze.

Ofgem warned last month that default tariffs would climb by 12.5% on average to account for rising wholesale prices, while the mounting costs could see some of the most expensive winter energy bills in at least a decade, and force an extra 500,000 Brits into fuel poverty.

However, Ofgem has assured UK customers that the new record annual price cap of £1,277 - due to come into effect from 1 October 2021 - will stay despite the rising wholesale costs.

Which energy companies have collapsed?

So far, 9 energy firms have officially collapsed this year, although more are expected to follow suit.

The energy companies which have already declared insolvency are:

However, there are concerns about a number of other suppliers, including Symbio Energy, Igloo Energy and Bulb Energy.

What should you do if you are affected?

UK customers whose energy tariff is on a fixed-rate deal should not see any changes to their bills, whether their supplier is affected or not, but those on a variable tariff could see an increase if they have not already reached the annual cap.

Those whose suppliers have collapsed, or are expected to in the near future, have been advised by Ofgem not to switch providers or cancel their direct-debit payments.

Instead, customers should wait for Ofgem to contact them about which supplier will replace their existing firm, and their account will be transferred to their new provider for them.

Ofgem has warned that this process could take up to a few weeks, however, so customers should sit tight and have a record of their meter reading to hand for when they are contacted. Customers’ energy supplies will continue as normal throughout this period.

How and when to switch your energy supplier

Customers whose energy supplier is at risk of collapsing, or has already, should wait for Ofgem to contact them before switching.

However, those whose providers are stable but are still keen to switch to a cheaper tariff to avoid soaring prices should make use of comparison websites - such as Compare The Market or MoneySuperMarket* - to view the best deals available.

You can also check out our list of the best energy auto-switching services in the UK to help you switch suppliers as swiftly and smoothly as possible.

What is happening with energy prices?Which energy companies have collapsed?What should you do if you are affected?How and when to switch your energy supplier

Energy price cap increasing to £3,549 - what this means for your energy bills

By Lauren Burrows
2 min Read 26 Aug 2022
Earlier this month, Ofgem confirmed that the energy price cap will be updated quarterly instead of every 6 months to...

By Lauren Burrows
4 min Read 17 May 2022
Ofgem - the UK's independent energy regulator - has announced proposals for the energy price cap to be updated quarterly...

Energy Price Guarantee - When does it end and what does it mean for me?