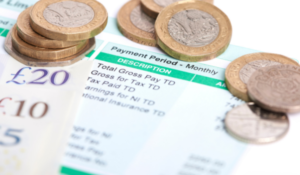 What is the Real Living Wage?

Unlike the government-mandated National Living Wage, the Real Living Wage is “set independently and updated annually” by the Living Wage Foundation charity and is based on estimates of what the average person would need to pay for everyday costs such as fuel, energy, rent, and food. It is paid voluntarily by almost 9,000 UK employers - 3,000 of whom signed up during the pandemic - and is intended to ensure all employees earn a wage that covers the real cost of living.

Among the employers which currently pay the Real Living Wage are Aviva, Brewdog, Lush, and half of the companies on the FTSE100 index.

How is the Real Living Wage changing?

Even taking into account next year’s National Living Wage increase, a full-time worker on the Real Living Wage would still earn £780 more.

Why is the Real Living Wage changing?

The Living Wage Foundation explains that the Real Living Wage is increasing to provide a “vital pay boost” to keep up with the rising cost of living, driven mostly by soaring rent and fuel costs. Inflation is currently at 4.2%, but is widely expected to increase even further by the end of the year.

The increase comes after the Living Wage Foundation published research on the scale of low pay during the pandemic, with 4.8 million jobs (17.1%) still paying less than the Real Living Wage. Out of the entire UK, Northern Ireland has the highest proportion of jobs paying below the Real Living Wage (21.3% or 236,000) while the South East has the lowest (12.8% or 533,000).

In addition, it was found that those from minority ethnic backgrounds were more likely to be on low pay, with 19.4% of these workers earning below the Real Living Wage compared to 16.3% of their white counterparts.

By Damien Fahy
1 min read 18 Sep 2022
Episode 384 - On this week's episode we discuss how to calculate your own personal inflation rate. In addition, I... 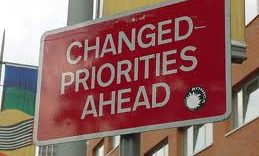 By Liam Fahy
3 min Read 20 Jan 2023
If you are living paycheck to paycheck and consistently spending more than you earn, you are likely to be living...