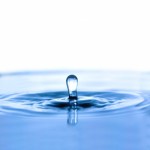 Water bills to increase by 5.7% in April – plus what to do about it

So what has been announced?

As of April 2012 water bills, which are set by industry regulator Ofwat, will increase by 5.7%. The figure is based on the Retail Prices Index as of November 2011 (an official measure of inflation) plus 0.5%.

Ofwat claim that the rises would have been a lot worse had they not challenged the water companies' original proposed rises.

So will all water bills rise by this amount?

No, this figure is an average and the FT suggests that 'customers living in Kent, Sussex and Hampshire will experience the sharpest rise, as Southern Water will increase its prices by an average of 8.2 per cent.'

Why are there such regional differences?

Ofwat say the differences in regional 'price hikes are because different companies had different ongoing capital investments that needed different levels of funding, such as new large housing estates, or coastal protection, as in the case of Southern.

To cope with the cost of these projects, Ofwat has allowed some firms to increase prices by more than 5.7%.' (source BBC)

A summary of the proposed increases are given below:

Why are bills going up?

To help pay for a £22 billion pound five year upgrade to infrastructure as well as services improvements including cleaning up rivers and beaches.

Is there anything you can do to combat the price hikes?

Although the water industry is privatised consumers can not switch water companies as they can energy companies. As such the only way you can counteract these increases is to reduce your water consumption if you are on a water meter. Or in certain circumstances have a water meter fitted if your water rates are expensive (ie if your live alone in a large house)

For information see my articles:

Water bills and how they are calculated

Money tip #145 - How to reduce your water bills

By Damien Fahy
3 min Read 14 Jan 2022
If you've already made sure you are on the cheapest gas and electricity then what else can you do to...

National Living Wage to increase: Everything you need to know