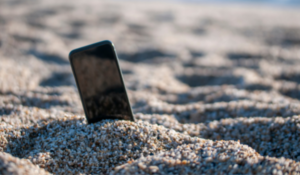 Vodafone is reintroducing roaming charges for UK customers using their phones in mainland Europe from January 2022. This follows a similar announcement by rival provider EE. The decision comes despite operators previously saying they would not bring back roaming costs after Brexit.

In this article, we walk you through the changes to Vodafone's data-roaming charges, which other providers have fees for EU usage, and how you can save money on your phone bill while abroad.

What are the changes to Vodafone’s roaming charges?

If you sign up for a new contract as a new or upgrading customer after Wednesday 11 August 2021, you will be subject to roaming charges when they are introduced on 6 January 2022.

Vodafone has said that existing customers won't be impacted by the changes while they remain on their current plan, and fee-free roaming in the Republic of Ireland will still be included for all customers.

After January, affected customers can pay £2 a day to use their allowance in Europe, or £1 if bought with an 8 or 15-day bundle. Fair-usage limits also apply at 25GB of roaming data a month.

Which other providers are changing their EU roaming charges?

Vodafone is not the first operator to reintroduce EU charges, with EE announcing its £2 daily charge to 47 European destinations in June, which will also come into force from January 2022. EE customers will also not be charged to use their phones in the Republic of Ireland.

Currently, O2 allows a data roaming limit of 25GB in the EU, with any data used over that charged at £3.50 per gigabyte, while Three has cut its fair-use data limit from 20GB a month to just 12GB when in Europe. It charges £3 per gigabyte for usage beyond that.

Since 2017, mobile networks in EU countries have been banned from charging customers extra to use their phones while in other member countries. The legislation was introduced to combat so-called “bill shock”, when holidaymakers return home from foreign breaks having racked up bills of hundreds - or even thousands - of pounds for using their phones abroad.

However, while the EU maintains that member countries cannot charge each other’s citizens roaming charges, the Brexit trade deal between the UK and EU did not include any clauses giving UK customers continued protection. The UK and the EU did agree, however, on a £45-a-month limit on the amount people could be charged for using mobile data abroad before having to opt into further use, and for customers to be informed when they have reached 80% and 100% of their data allowance.

In January 2021, the UK’s biggest mobile operators – EE, O2, Three and Vodafone – all said they had no plans to reintroduce roaming charges, even though they were free to do so. The latest announcements from Vodafone and EE mark the first two operators to roll back on their statements, but there is speculation that more will follow suit in the coming months.

How to avoid data roaming charges

For now, most mobile phone contracts still include some form of data roaming plan that allows you to use your phone within the EU at no extra cost, but you should stay up-to-date with your provider in case this changes at short notice. It is always good practice to check your contract prior to going abroad anyway, and you can do this by calling your mobile provider or logging into your online account. If you’re unhappy with your current contract and considering switching, we can show you how to switch mobile network provider with a text message.

If you don't have a data roaming plan as part of your standard contract, take advantage of a roaming add-on, which several providers offer as an optional extra. Although this may seem expensive up front, it will be significantly cheaper than using your normal allowance when you’re abroad. Providers sometimes offer holiday bundles to use your phone as if you were at home. For example, EE’s Travel Data Pass allows customers to access up to 500MG for £5.02 per day in Canada and the USA.

3) Use WiFi wherever possible

It can be easy to forget, but remembering to switch off your data roaming and use WiFi wherever possible could save you from a hefty bill when you get home from your holiday. Most hotels and villa complexes offer WiFi for free, or at a small charge, so make sure to ask about this when you check into your accommodation. Take care, however, not to access personal information such as bank details on a public WiFi network.

Most apps and websites now allow you to download music, films and TV shows onto your device for later use, and this is a great way of stocking up on entertainment before you leave the UK. You can make the most of apps such as Netflix, Amazon Prime and BBC iPlayer’s shows by downloading them before you travel so you can watch your favourites on the plane, or by the pool, without needing an internet connection at all.

If you’re expecting to need mobile data while you’re out of range of a WiFi network, you could buy a local pay-as-you-go SIM card for your phone and top it up with cash whenever you need to in the local destination. This can seem like an expensive option at first, but with most SIMs in the range of £5-£10, could end up saving you a much larger data roaming charge when you get back home. Just make sure whichever one you purchase is compatible with your mobile before you buy it.

For more holiday money-saving tips, check out our list of the best 0% foreign transaction fee credit cards to help you save money while spending abroad.

By Joel Kempson
13 min Read 28 Jan 2023
Visiting family abroad, taking in the sites or backpacking across a new country does not have to mean you cannot...

How to cancel Vodafone broadband

By Joel Kempson
6 min Read 19 Jan 2023
Vodafone is a huge name in the mobile provider market and a growing competitor for the big names of broadband....

By Joel Kempson
10 min Read 14 Jan 2023
Vodafone is best known as a mobile provider, but it has also been offering broadband deals since 2015. It has...