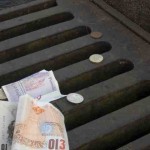 Concerns are growing over the safety of savings  invested in social lending, or peer-to-peer, sites following the collapse of loans company Quakle.

What is social lending?

As an alternative to leaving cash on deposit in the bank, individuals can use  social lending sites to invest their money with individuals or businesses and gain a higher rate of  return. These loans are repaid over a number of years and in some cases interest can be as much as 25% higher than in a normal bank account. From a borrower's perspective they can gain access to cheaper loans rates, particularly if mainstream banks are unwilling to lend to them at competitive rates.

Who are the main companies involved in social lending?

The biggest is Zopa, who have more than 500,000 customers and has lent out over £165 million of savers money. Another company RateSetter who launched in 2010 already have 70,000 customers and made loans of £11.7 million. Funding Circle makes up the top three social lending sites.

Is social lending a secure investment?

As with all investments the higher the return the greater the risk and with social lending there are two major risks. Firstly, the person you lend the money to could fail to repay the loan and secondly the social lending company itself could go under, as in the case of Quakle.

To mitigate the risk of any one  borrower not repaying the loan most companies will spread an individuals investment over a number of loans.

Also, a self governing industry body has recently been set up, and all social lending companies have been invited to sign up to it's minimum standards. Interestingly, Quakle politely declined the invite.

So what will happen to investors money  in the case of Quakle?

Well, it will be down to the individual to try and get their money back from each individual borrower which I think is highly unlikely. There is no compensation scheme that covers social lending companies (you are not covered under the Financial Services Compensation Scheme aka the FSCS) so investors are very much on their own..

So what went wrong at Quakle?

Quakle launched in November 2010 and industry insiders were sceptical of it's over-ambitious business model and promises of high rates of return. There was no robust credit checking and the internal systems were not up to the job.

Does that mean social lending should be avoided?

As long as are aware of the higher risk involved and feel the returns (currently around 6% pa) are worth the extra risk then social lending could  form part of a portfolio.

By Laura Mossman
6 min Read 26 Aug 2021
Despite large numbers of enquiries, online mortgage broker Trussle reported that just 1% of its completions in July 2021 were...

Flybe airline goes bust: What are my rights?

Mortgage affordability rules change - how it affects you

By Laura Mossman
4 min Read 23 Jun 2022
The Bank of England has removed the "stress-testing" element of mortgage affordability checks, which means lenders will no longer have...