Using Credit > Social lending sites – the pros, the cons and why I wouldn’t lend through them

Social lending sites – the pros, the cons and why I wouldn’t lend through them 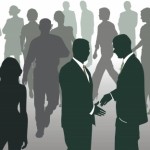 What is social lending?

Social lending sites (also known as peer to peer or p2p sites) were first launched in the UK in 2005 and provide borrowers and lenders a marketplace that cuts out the cost and hassles associated with more mainstream financial organisations. These sites connect individual lenders and borrowers online and when one person requests a loan the people that are willing to lend can all chip in to help lend the amount needed. No banks are involved, this is just a person to person arrangement (or in some cases person to small business)

Who do they lend to?

These sites lend to individuals who pass their credit checking system and the loans would typically be £1,000-£15,000 over a period up to a normal maximum of 5 years.

How do they work?

Who are the main players?

Would I use a social lending site?

Now there's two sides to this coin, there are borrowers and then there are lenders. From a borrower's point of what is there not to like? Interest rates on an unsecured loan lower than you will probably get from a bank. Magic!

But for lenders it's a different kettle of fish. The social (p2p) lending sites are on a major PR offensive. You will be hard pushed to find any negative comment on the internet about social lending, and if you do it's normally followed by a defensive comment from one of the businesses themselves

Most articles you will read about p2p lending normally centre around it being an alternative for savers seeking better returns than the miserly interest rate they are receiving on their deposit accounts. But let's be clear this is not an alternative to cash on deposit!!

For starters there is a risk with p2p lending that you could lose all of your initial investment should your borrowers default. With a bank account there is no such risk. The only risk of permanent loss of your money is if your bank went bust. But then your savings would be covered (or at least in part) by the Financial Services Compensation Scheme (FSCS).

In contrast, with p2p lending there is not only the prospect of the borrower defaulting but there is also the risk of the p2p company going bust. And if this happened then you would not be covered under the FSCS. In addition, it would then be up to you to chase the borrower for your money on your own. Not ideal.

Yes the social lending firms run credit checks and screening to minimise the risk of defaults but there is no guarantee that their risk assessment is reliable. So while you can chose the quality of the people you are lending to there is no guarantee that that they'll be as good as their profile suggests – partly because the credit check may not show all of the borrower's commitments. Also as stated above, for some of the newer p2p companies the advertised default rates are only indicative as they don't have sufficient data to provide a decent historical picture.

If savers wanted to take a bit more risk with their money, in the pursuit of improved returns, then they could take out a Stocks and Shares ISA. Not only would their money be accessible but the investment would be tax-free as well as covered under the FSCS.

My final concern relates to the charges that the p2p lenders levy. Which? Magazine recently criticised all the p2p lenders for the lack of clarity on their charges and minimum lending levels. But setting that to one side, obviously any fees are based on successful lending relationships being set-up and therein lies a problem for me. Call me cynical but how would a p2p lender increase it's profits? Arrange more loans is one answer and my concern is that in the long term could the pursuit of profit lead to a fall in the quality of the borrowers that they accept? That's pretty much what the banking sector did in the lead up to the credit crisis.

Don't get me wrong, there are a lot of satisfied lenders and borrowers using social lending (p2p) sites. If people use them with their eyes open then fair enough but I don't believe that most users really appreciate the risks they are taking with their money.

But to sum up, if you asked me 'would you lend money through them?' Then my answer would be 'I wouldn't even lend them your money!'.

So what are your thoughts and experiences on social lending sites. Please leave a comment below.

Critical illness insurance: What are the pros and cons?

Santander mortgage review: What are the pros and cons?

By Laura Mossman
7 min Read 18 Nov 2022
Santander is one of the largest mortgage lenders in the UK, operating both direct to consumers and through its broker-only...

What are the pros and cons of term life insurance

By Harvey Kambo
5 min Read 11 Jul 2022
Term life insurance is the option most commonly found when searching for life insurance. It is a type of life...