Owning A Home > House Prices > House price recovery: see if your region is a winner or loser

House price recovery: see if your region is a winner or loser 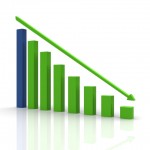 The property market is on the move again, the latest data from the Land Registry show that the average price of a house in England and Wales in September 2013  was £167,063. This was an increase of 1.5% over the previous month and 3.4% over 1 year.

When property prices start to rise we all feel better off  and tend to increase our spending which helps drive up the economy, or so the theory suggests. Also banks are inclined to be more flexible with their lending if an asset is growing in value. Add into this mix Help to Buy 2 and it seems house prices will continue to grow - at least until interest rates start to rise again.

This all sounds good news with the hope that the property market slump, which started in 2008, could soon be a distant memory. Between January 2008 and September 2013 property prices in England and Wales fell  by 7.95%  and therefore a couple years of decent  price growth could put prices back in positive territory in a couple of years.

Unfortunately, when it comes to property prices the devil really is in the detail. Live in one region of England & Wales and the average price has actually increased over the last five years, but live in another region and you are staring at the average price being 20% less than it was 5 years ago. This is before taking into account the impact of inflation which would exacerbate any falls in real terms.

Table  1 below gives a regional breakdown of average house prices from January 2008 to September 2013.

Data from the Land Registry

Will there be a house price correction? What you need to know

By Laura Mossman
8 min Read 29 Oct 2020
As a nation obsessed with property, predicting house price trends is a national sport. With a house representing most home...

Negotiating house prices: how to get the best price

By Liam Fahy
12 min Read 07 Jan 2021
When you are looking for a new home and find one you are interested in buying then you should make...