How to avoid mortgage early repayment charges & how they work 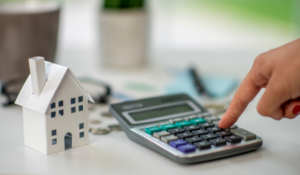 What is an early repayment charge?

An early repayment charge (also known as an ERC) is a fee applied by your mortgage lender if you change the terms of your mortgage or repay it before the end of an agreed period of time.

Typically you will find early repayment charges associated with fixed-rate mortgages, where the interest rate applied to the mortgage is fixed for an agreed period of time, irrespective of the changes in the Bank of England base rate. The period of time that a mortgage rate is fixed is often referred to as the fixed-rate period.

Usually, fixed-rate mortgages have fixed-rate periods of 2, 3, 5 or 10 years, although it is now possible to fix your mortgage for up to 40 years. After a mortgage fixed-rate period ends the interest rate charged by the lender reverts to its standard variable rate (known as the SVR).

Early repayment charges aren’t usually applied when you are on the lender’s SVR. This would mean that you are free to remortgage onto a lower interest rate, if one is available, without penalty. While you won’t have to pay an ERC, bear in mind that as with any remortgage there may be administration and legal fees payable.

Fixed-rate mortgages protect borrowers from sudden rises in mortgage rates and their monthly repayments are fixed throughout the fixed-rate period. Some tracker mortgages may also have a deal period, for example they may track a certain level above the Bank of England base rate for a certain period of time before reverting to the lender's SVR. As such the lender knows the level of interest and therefore profit it will earn from borrowers with such mortgages.

If a borrower pays off their mortgage early, be it through overpayments or remortgaging, the lender stands to make less money and so claws this back via an ERC.

An early repayment charge could also be payable if you move house and your mortgage is not portable, which means that you can’t transfer the mortgage to your new property. The terms and conditions of your mortgage will inform you whether the portability option is available.

Do all mortgages have early repayment charges?

How much are early repayment charges?

The early repayment charge will vary depending on the lender and the mortgage product. If a mortgage can potentially charge an ERC then it is usually between 1% and 5% of the outstanding mortgage balance.

While in some instances the ERC may be set at a fixed rate for an agreed period, it can also reduce over time. For example, it is not unusual for the ERC on a five year fixed rate mortgage to be 5% of the outstanding balance in year 1 and then reduce as shown in the table below. It means that from year 6 the ERC is removed altogether.

How to avoid early repayment charges on a mortgage?

If you want to avoid paying an early repayment charge on your mortgage then you should:

If you are thinking about remortgaging or moving house and you are worried about an early repayment charge on your existing mortgage then I suggest that you speak to a mortgage adviser as soon as possible. If you don't know a mortgage adviser whose opinion you trust, then you can get a free mortgage review in 30 seconds* from a vetted FCA regulated mortgage professional.

It is possible to find mortgage deals that don’t impose early repayment charges, but they will almost always be variable rate mortgages including discounted mortgages. You can search for the best mortgage deals via our best-buy table, where you can see the early repayment charge for each deal by clicking “show more”. Usually, mortgages without ERCs tend to charge a higher interest rate than those that do levy an ERC.

When is it worth paying an early repayment charge to remortgage early?

By Damien Fahy
6 min Read 09 Nov 2022
Approximately 1.4m UK homeowners will reach the end of their fixed-rate mortgage deals before the end of 2023, right at...

By Damien Fahy
3 min Read 01 Nov 2022
How will interest rates affect your mortgage? The Bank of England (BOE) base rate, which currently sits at 3%, is...

Car insurance: Are you being hit with hidden charges?

By Liam Fahy
3 min Read 15 Dec 2021
Motorists are facing a surge in “hidden fees” from car insurance providers, driving up their premiums to the tune of...