How to get a mortgage under the new mortgage rules 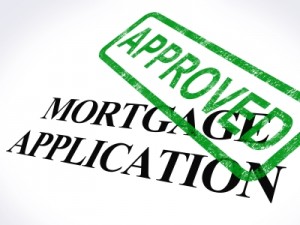 The new mortgage rules which came into effect in April 2014 have had a big impact on the mortgage market, in particular on how to get a mortgage. There's been lots of  stories in the national press about lenders rejecting people because they belong to gym or pay into a pension. But what is the truth?  Below Dean Mason, an award winning mortgage adviser, gives you the inside track on the impact of the new mortgage rules.

The impact of the new mortgage rules

There's been much in the media about the new mortgage rules with some pretty dramatic declarations which I'm sure are designed to dramatise what essentially is one fundamental change.

Officially (although some had already implemented the new rules) up to and including 25th April 2014 the borrower (eg you!) was responsible for repaying their own mortgage, albeit within a structure of lending and regulatory guidelines for banks, building societies and advisers.

On 26th April the Mortgage Market Review (known in the industry as MMR) was implemented and the onus moved to the mortgage lenders (banks and building societies predominantly) to ensure someone could afford the mortgage, both now and in the future. It sounds common sense really but all have interpreted their remit on this differently.

The origins of MMR lie in a pre-crash New Labour (2006) when the powers that be knew that the UK financial services industry had to change to try to mitigate the 'boom and bust' of our economy and to prevent another endowment or PPI own goal from those working within it. Things starting with the Retail Distribution Review (RDR) which broadly affected the sale and advice pensions and investments, which was finally born in January 2013.

The MMR was born as a white paper in December 2011 by which time we were in a completely different economic world, however not much from the original proposals changed. In the early months of 2012, mortgage lenders began reacting to these proposals, the most prominent of which were:

The lender needed to ensure the borrowers plans for repaying the mortgage amount at the end of the term were feasible and practical, where previously they had simply left it in the hands of the borrower until (in some cases) the end of the mortgage. This led to most lenders restricting interest only mortgages to high earners with lots of equity in their property or a strong investment portfolio and in one case (Nationwide), ending Interest Only mortgages for new applicants altogether, which still remains.

Again the borrower must prove that they are able to keep up repayments in retirement or pay off the mortgage completely if not. What they use and how much is needed again depends on the individual lender.

Anyone talking to the public about mortgages had to be formally qualified, the option to receive 'mortgage information' has all but disappeared. Hence long waiting lists at the high street lenders for appointments with advisers.

Most crucially the old adage of 'how many times income can I get?' went out of the window. Budget planners (used by us advisers for years) needed to be used for even the most straightforward of borrowing and bank statements became pivotal to every mortgage application, regardless of what payslips, credit score or accounts said.

Since 26th April everybody has been coming to terms with this, so what is important and what isn't?

Tips on getting a mortgage with the new mortgage rules

Amplified by a rapidly rising market in many parts of the UK now, these new systems and rules have made for a much slower time to get into your new home as much more work needs to be done by all parties (except the estate agents, many of whom still seem to be living in 2005). There is no such thing as a 'quick' mortgage offer, although a good mortgage adviser will know at any given time which lenders are coping better than others. Be straight with the agent after you have asked your lender/broker how long it will take for them (the agent) to get a call from a surveyor for example. Don't feel intimidated by the estate agent, everyone is in the same boat. The estate agent's in-house broker is unlikely to be quicker or get you a better deal and they know this, as should the vendor too.

Some of the tabloids have stated you can't go out for a meal or take a holiday for fear of being declined, this is nonsense. The underwriters (those who agree or decline your mortgage) are looking at your regular spending habits, so a £300 a month debit to Paddy Power or £50 most nights in the same pub are a concern. Also student loans and childcare need to be accounted for although the latter are often offset by tax credits. A one off holiday expense or occasional night out are not usually a problem. Keep an eye on gym membership and TV subscriptions as lenders will all have a guideline as to what is reasonable based on income and family size. A couple of lenders will actually reduce your borrowing capacity due to pension contributions, this is frankly silly and a good broker can advise you to avoid these lenders if appropriate.

Be prepared for a curveball! No matter how 'belt and braces' your adviser or you may be, it is really common for you to be asked for another raft of random documents sometimes weeks after your original application. It's due to the way some banks and building societies process mortgage applications, you have a line of 'box tickers' who move your application along. The actual decision maker might not see your application until all these boxes are ticked, then they may have other questions. There is no use complaining about this, simply deliver what is asked, if you don't or can't, you're unlikely to get your mortgage.

Many brokers have introduced or raised fees (in some cases refundable) to cover their costs for the hugely increased workload they are experiencing. In most cases this fee is nominal compared to what your solicitor will charge you and is usually outweighed by the advice and assistance they can offer you throughout the process.

Do things in the right order

Don't commit to buying a property with an agent without at least having a professional at a bank/building society or an adviser/broker confirm what is affordable and giving them sight of your credit file. Getting a mortgage is a little harder than it was six months ago, much harder than it was 10 years ago, but easier than it was 5 years ago for most. Bear this in mind and ensure you provide whoever is making your application with whatever documents are requested, there is no such thing as a 'self certified' or 'fast track' mortgage anymore. The self employed should be aware it's your net income that counts, not turnover.

The material in any email, the Money to the Masses website, associated pages / channels / accounts and any other correspondence are for general information only and do not constitute investment, tax, legal or other form of advice. You should not rely on this information to make (or refrain from making) any decisions. Always obtain independent, professional advice for your own particular situation. See full Terms & Conditions and Privacy Policy.

Mortgage affordability rules change - how it affects you

By Laura Mossman
4 min Read 23 Jun 2022
The Bank of England has removed the "stress-testing" element of mortgage affordability checks, which means lenders will no longer have...

By Laura Mossman
14 min Read 14 Jun 2022
What is Halifax Halifax is part of the Lloyds Banking Group, the largest mortgage lender in the UK. As such,...