Owning A Home > Mortgages > Nationwide mortgage review: is it the best option for borrowers?

Nationwide mortgage review: is it the best option for borrowers? 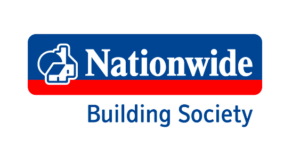 Nationwide was established over 130 years ago as a building society and offers a number of banking products including current accounts, savings products, credit cards, loans and mortgages. Although it has changed significantly over time, it still has the core principle of having members rather than customers, with each of them having voting rights on major decisions on how it is run. Moreover, mortgages remain a vital part of its business proposition and it is one of the largest mortgage lenders in the UK.

It offers mortgages to its members direct through Nationwide online, over the phone or in branch, while also having a broker-only arm - Nationwide for Intermediaries - which offers more specialist products and exclusive rates. It also provides commentary on the mortgage market, as well as producing its monthly Nationwide House Price index, which tracks national and regional changes in property values.

What types of mortgage does Nationwide offer?

Nationwide has mortgages for first-time homebuyers, movers and people looking to remortgage, as well as buy-to-let investors. As you would expect, it offers fixed-rate mortgages with introductory periods of 2, 3, 5 or 10 years, as well as tracker-rate deals.

For first-time buyers, Nationwide recently introduced "Helping Hand" mortgages, which offer higher income multiples to those buying a property for the first time, as long as they agree to fix the rate for 5 or 10 years. Borrowers can potentially secure an income multiple of 5.5 times annual salary, compared with the industry-average of around 4.5 times, for mortgages up to 90% LTV.

In addition to its standard mortgage range, it also has mortgages for those looking to use a government scheme such as Shared Ownership or Help to Buy. Moreover, it has specialist mortgages tailored for borrowers over the age of 55, including a Lifetime mortgage that offers equity release, and two retirement mortgages, one that's interest-only and the other capital and interest repayment.

Nationwide sets out its maximum loan sizes and LTVs, as shown in the table below. However, these figures can be reduced by factors such as whether the property is a new build, or whether it is an interest-only mortgage.

What is the maximum mortgage loan size and loan-to-value (LTV) with Nationwide?

How much can I borrow with Nationwide?

While in the past the mortgage amount a lender was willing to advance to a borrower was based on a standard calculation of a multiple of their annual income, since the Mortgage Market Review in 2014, the decision is made by assessing affordability. As such, lenders look at a range of factors, including existing financial commitments, day-to-day outgoings and overall income. Nationwide states it also decides loan amounts on a case-by-case basis, although it has an online mortgage calculator that gives a broad estimate of how much it will lend, which tends to be around 4.75 times salary.

Nationwide's Helping Hand mortgages for first-time buyers offer higher multiples of up to 5.5 times annual income, up to 90% LTV. It requires borrowers to take out either a 5-year or 10-year fixed rate mortgage.

What interest rates does Nationwide charge on its mortgages?

As mortgage rates change frequently, it is a good idea to consult with either a mortgage broker or customer service representative from Nationwide at the time you are making your application to find the most up-to-date deals. At the time of writing, Nationwide offers the following competitive deals for new borrowers:

After the initial introductory period, the mortgage reverts to Nationwide's standard mortgage rate, which is currently 5.74%.

Use our Mortgage Rate Comparison Tool to find the best mortgage rates available.

How long does it take to get a mortgage offer from Nationwide?

The turnaround time on mortgage applications will vary over time, with some times of the year considerably busier than others. At the time of writing, the time it took to get a mortgage offer after submitting an application was 19 days for a standard case.

What fees does Nationwide charge for its mortgages?

Nationwide charges a product fee on some of its mortgages, which can be up to £999. For some mortgage deals, borrowers have the option of choosing a mortgage with an upfront product fee but a lower interest rate, or a fee-free option with a slightly higher rate. If there is a product fee and exactly how much it is will be made clear at the outset. There is also the option to add the fee to the overall mortgage debt, although it will then attract interest at the same rate as the mortgage.

Unlike a lot of lenders, Nationwide offers a free standard valuation on its mortgages. This is for the benefit of the lender rather than the borrower and it is recommended you also have a survey carried out on the property, which will attract an additional cost and has to be arranged separately.

Can you make overpayments on your Nationwide mortgage?

While it is possible to make overpayments on your Nationwide mortgage, either as a regular contribution or lump-sum payments, you may be liable for an early repayment charge for some products. This could be up to 7% of the outstanding mortgage debt, so it pays to have a good idea of whether you will incur this charge before making the overpayment.

Generally, mortgage customers can overpay by up to 10% of the original loan amount each year without having to pay an early repayment charge. Tracker mortgages tend to allow unlimited overpayments. The guidelines are as follows:

What is the maximum mortgage term with Nationwide?

In line with many of the major mortgage lenders, Nationwide has a maximum mortgage term of 40 years. This reduces to 25 years for interest-only mortgages. As all Nationwide mortgages have to be repaid before the oldest applicant's 75th birthday, this means you would need to be no older than 35 to benefit from the maximum term on a repayment mortgage.

What credit reference agency does Nationwide use?

When you apply for a mortgage or other credit products the prospective lender will run a check on your credit file to assess your creditworthiness. This involves looking at the way you have managed credit in the past, including your history of making payments on time and sticking within your agreed credit limit. The lender will use information gathered by one or more of the three main credit reference agencies in the UK: Experian, Equifax and TransUnion. In the case of Nationwide, it uses all three agencies for its credit checks on potential borrowers.

In order to improve your chances of being approved for a mortgage, it is a good idea to check your credit rating with all three agencies as there can be differences in the information held by each one. By keeping on top of your credit files, spotting any mistakes and alerting them of any out-of-date information, you can maximise your overall credit score, which gives you a better chance of the lender viewing your application positively. You can do this through ClearScore* (Equifax), MSM Credit Monitor* (TransUnion) or direct through Experian.

Does Nationwide offer mortgages to people with bad credit?

Nationwide's mortgage lending criteria is broadly in line with other high street lenders: it mainly caters for borrowers with "good" or "excellent" credit ratings. As such it is unlikely to approve your application if you have severe misdemeanours on your credit file, including undischarged bankruptcy or a history of voluntary or enforced repossessions.

To get a clearer understanding of whether your individual circumstances are likely to be viewed favourably by Nationwide, it pays to use a mortgage broker as they will have up-to-date knowledge of the lending criteria at the time you make the application. They can also generally speak to a representative for the underwriting team to assess whether you are likely to be approved if you have a more complicated credit history. If you don't have a mortgage broker, we like Habito*, which is online and has a strong customer service record.

Nationwide only score 1.7 out of 5.0 on the independent customer review site Trustpilot. This is based on over 3,400 reviews, with 75% of respondents claiming it is "bad". The main complaints centre on poor customer service and technical problems with the building society's app. However, the reviews encompass the whole business rather than mortgages in particular. According to Which?, Nationwide ranked 1st out of 15 mortgage lenders, looking at factors such as customer service, value for money and communication.

If a link has an * beside it this means that it is an affiliated link. If you go via the link Money to the Masses may receive a small fee which helps keep Money to the Masses free to use. But as you can clearly see this has in no way influenced this independent and balanced review of the product. The following link can be used if you do not wish to help Money to the Masses or take advantage of any exclusive offers - ClearScore, MSM Credit Monitor, Habito

NatWest mortgage review: does it have the best mortgages for borrowers?

By Laura Mossman
6 min Read 21 Nov 2022
About NatWest NatWest Group evolved from hundreds of smaller banks across the United Kingdom. These include NatWest or National Westminster...

By Laura Mossman
2 min Read 17 May 2022
Nationwide Building Society has changed its income multiples to up to 6.5 times salary for remortgages where the borrower isn't...

By Laura Mossman
2 min Read 22 Jul 2021
The so-called "mortgage price wars" are heating up as Nationwide launches the UK’s lowest ever 5-year fixed-rate mortgage, with an...