Owning A Home > Mortgages > What is a tracker mortgage and is it right for you?

What is a tracker mortgage and is it right for you? 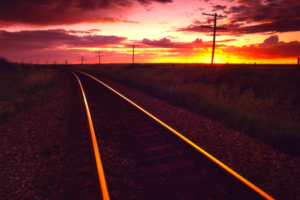 Borrowers typically choose a tracker mortgage when they believe interest rates will remain stable or - ideally - begin to fall. In the scenario where the bank base rate drops, your monthly mortgage payment will also decrease by a corresponding amount, reducing your overall outgoings. Even if the base rate remains the same, tracker mortgages have typically offered a lower initial rate than the equivalent fixed-term deals, making them a popular option.

What is a tracker mortgage?

Tracker mortgages work by going up and down in line with a base rate, which is typically the Bank of England base rate. This rate is set by the Monetary Policy Committee on a monthly basis and governs the rate at which high street banks can borrow money. Quite simply, the monthly repayment on a tracker mortgage will move directly in sync with changes to this underlying rate.

In common with fixed-rate deals, most tracker mortgages tend to offer a 2 to 5 year deal, after which time it reverts to the lender's standard variable rate (SVR). It is, therefore, advisable to keep a note of when your deal is coming to an end and take action to move on to an alternative, more competitive option, whether this is another tracker or a fixed-rate deal.

Are there limits on how high or low a tracker mortgage rate can go?

In theory, a borrower with a tracker mortgage could benefit if the base rate falls to a negative rate, as discussed in our article "Should I remortgage to benefit from negative interest rates?". However, most lenders have a "collar" or "floor" included in the terms and conditions for the tracker deal, meaning the rate won't fall below a certain level. Moreover, it looks increasingly unlikely that rates are likely to fall in the foreseeable future, with the economic outlook suggesting a rate rise is more likely.

In some cases, lenders will include a "cap" on the maximum amount of interest payable, a move designed to give borrowers added peace of mind. This feature generally comes at the price of a higher overall initial rate and is only really valuable in a steadily or rapidly rising market.

Another factor to consider is whether the specific tracker deal you are considering has an early repayment charge attached to it during the initial period. If not, the risk of dramatic changes to the underlying base rate is balanced by the option to change to another deal without facing being financially penalised for doing so.

While the vast majority of deals will be based on the Bank of England base rate, there are some tracker mortgages that follow Libor, which stands for London Inter-Bank Offered Rate. This is the rate at which lenders loan money to one another and is typically much more changeable and significantly higher than the Bank of England base rate. It tends to only be used for certain sub-prime deals, as well as some buy-to-let products.

Another option is a lifetime tracker which, as the name suggests, tracks at the same level for the life of the mortgage. Generally, lifetime trackers don't offer the most attractive rates but avoid borrowers being moved over to an uncompetitive standard variable rate, as happens with shorter-term tracker deals. They also often don't have an early repayment charge, which means it is easier to pay off the mortgage earlier or move to another deal if circumstances change.

Advantages of a tracker mortgage

Disadvantages of a tracker mortgage

Is a tracker mortgage right for you?

A tracker could be a good option against the backdrop of historically low interest rates. The key, however, is properly assessing what impact on affordability an unexpected rate rise could have on your finances in the future. It is also vital to properly scrutinise the terms and conditions for the individual products, finding out if it has an early repayment charge during the introductory period, if there is a floor on the level the interest rate can fall to and double checking it is tracking the Bank of England base rate.

How to compare the best tracker mortgages

If you decide to opt for a tracker mortgage, working with an independent, whole-of-market mortgage broker will ensure you have access to a wide range of lenders and deals, some of which may not be available to the general public. When choosing a mortgage broker, it is a good idea to check whether you need to pay for their services and, if not, how they are remunerated. We have teamed up with online mortgage broker Habito*, which we believe provides a highly competitive service to help you find the most suitable mortgage deal. For more details of what they offer, read out review - Habito Review: The best online mortgage broker for you?

By Laura Mossman
7 min Read 18 Nov 2022
What is Halifax Halifax is part of Lloyds Banking Group, the largest mortgage lender in the UK. As such, it...

By Laura Mossman
5 min Read 27 Jun 2022
If you have a bad credit history that includes one or more CCJs it can be difficult to secure a...