Owning A Home > Mortgages > Should you fix your mortgage now?

Should you fix your mortgage now? 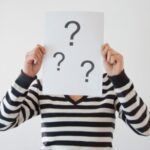 NatWest, Halifax and Santander have all recently announced rises in their Standard Variable Rates (SVR) so will other lenders follow suit and is this a good time to fix my mortgage.

Why have some lenders increased their SVR?

Basically, it's because the rate at which banks borrow money (and then lend this onto their customers) has risen over the past few months. This is in part due to the Euro crisis which has increased pressure within the banking community, resulting in rise in interbank lending rates.

Clydesdale, Bank of Ireland and Yorkshire have also announced rate increases over the coming months.However, experts are saying these rises, which are only small, are unlikely to spread across the whole market. Borrowers whose mortgages are with lenders who no longer offer mortgages may be more vulnerable. Lenders are at liberty to raise their SVR at any time with a couple of exceptions - Nationwide, Cheltenham & Gloucester and Skipton all link their SVR to the bank base rate, to varying degrees.

So what are the indicators  for future mortgage rates?

With mortgage rates at their lowest for decades there is only way for them to go which is up, so, the only question is when and at what rate. The Bank of England are unlikely to be raising rates any time soon with the latest view being sometime in 2014 (see my post - Latest interest rate predictions). However, there are other factors that are bringing pressure on banks and their mortgage rates such as the wholesale money rates and liquidity rules. As stated above banks borrow money on the wholesale markets and these rates are rising. Also, banks now, due to legislation, have to hold more capital to cover against defaults following the credit crunch. At present it is difficult for them to build up deposits so an increase in the mortgage rate would speed up this process.

The Bank of England are hoping that they can keep the bank rate low until the economy picks up but these external pressures on lenders may result in a tug-of-war  resulting in increased mortgage rates.

So should you fix your mortgage now?

It really depends whether you want the security of your mortgage being the same over the next two to three years. The fixed mortgages rates on offer at present are not wildly different from the SVR rates on offer. This is an indication that lenders are not expecting large increases over the next few years so fixing your mortgage now will not mean a drastic increase in monthly payments. If you do decide to move to a fixed rate mortgage make sure you check the fees involved, these can be steep if you are moving to another lender and could negate any benefit achieved.

By Laura Mossman
14 min Read 26 Nov 2021
What is Halifax Halifax is part of the Lloyds Banking Group, the largest mortgage lender in the UK. As such,...

By Marc Shoffman
18 min Read 25 Jun 2021
Older borrowers no longer need to feel restricted if they want to get a mortgage or access equity in their...

By Laura Mossman
11 min Read 26 Apr 2021
If you have a bad credit history that includes one or more CCJs it can be difficult to secure a...