Owning A Home > Mortgages > Which are the best long-term fixed rate mortgages – and should you get one?

Which are the best long-term fixed rate mortgages – and should you get one? 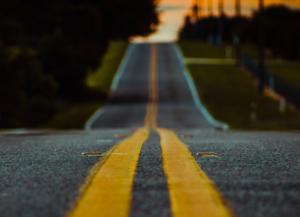 When considering whether to take out a long-term fixed-rate mortgage deal, borrowers need to balance the benefit of having certainty on their repayments with the reality they could end up paying more than they would with a shorter-term fixed rate or variable-rate product. In this article we explore the advantages and disadvantages of fixed-term mortgage deals of 10 years or longer, helping you to decide which is the best long-term fixed-rate mortgage for your circumstances.

What is a long-term fixed rate mortgage?

A long-term fixed-rate mortgage is a product that provides a set interest rate for the duration of the deal. The most popular fixed-rate mortgages in the UK are for 2 or 5-year fixed rate terms, although there has been a spike in popularity for longer-term deals of 10 years or longer in the past couple of years. This comes as more lenders are reintroducing longer-term deals having pulled them following the financial crisis in 2007. Indeed, mortgage lender and broker Habito has launched a 40-year fixed-term mortgage deal.

For more information on fixed-rate mortgages, read our article "What is a fixed rate mortgage? Everything you need to know"

How to choose the length of your fixed-rate mortgage deal

Whether you are a first-time buyer or looking to remortgage from your current deal, choosing the right mortgage deal is an important decision to make. If you have decided to opt for a fixed-rate deal, the next thing to work out is how long you want to fix for: 2, 5, 10, 15 years or longer. This will be based on several factors, including:

What are the advantages of a long-term fixed-rate mortgage?

Save money on mortgage arrangement fees

Whether you are on a fixed-rate or variable-rate mortgage deal, when you come to the end of the initial period you will be moved on to the lender's standard variable rate, which could be significantly higher than what you have been used to paying. At this point, most people choose to remortgage to another deal, often using the services of a mortgage broker or opting to apply directly with a lender. With most new deals, you will have to pay an arrangement fee, which can be anything up to around £2,000. This can either be paid upfront or added on to the mortgage. If you choose to add it to the mortgage, you will end up paying considerably more as you will be liable for interest on the amount. You may also have to pay a fee for the broker's services, although many are remunerated by the lender.

If you move from one 2-year fixed rate deal to another, you could potentially add £10,000 to the cost of your mortgage over its lifetime as you will have to pay the arrangement fee each time. However, if you opt for a longer-term fixed-rate deal, you will avoid having to pay these fees. Overall, though, you need to consider whether the higher rate you are likely to pay for, say, a 10-year fixed rate deal will cancel out the saving on arrangement fees over the lifetime of the product.

While in the UK we tend to go for shorter-term mortgages and change deals frequently, in other countries, such as Germany and Japan, homeowners generally prefer longer fixed-rate deals. This is because they want to mitigate the risk of interest rates going up and struggling to make the repayments.

As we have been in a low-interest rate environment for an extended period of time in the UK, it is easy to forget that the Bank of England base rate has been considerably higher in the recent past. Indeed, we welcomed in the year 2000 with interest rates at 5.5%, with it peaking at 6% in February of that year, before it started trending down. It has been at or below 0.5% since March 2009 and is currently at just 0.1%. Comparatively, in the early 1990s rates were just under 14%. With this in mind, mortgage lenders have been obligated to stress test the affordability of their mortgage deals if the interest rate rose by 3% or more in the first 5 years to try to ensure people aren't borrowing too much.

For some borrowers, the risk of significant rises in their monthly repayments - and a larger total amount to be paid back - is too great to take. Instead, they prefer to fix for as long as possible - paying a premium to do so - in exchange for certainty and clarity on what their monthly outgoings will be.

Save money if interest rates go up

If you manage to fix while mortgage rates are low, there is the potential to benefit from being on a very attractive deal if interest rates then start to rise. By fixing for a longer period, you could stand to benefit if the UK experiences a prolonged trend of rising rates. However, you need to keep in mind you will be paying a higher rate initially for the longer-term fixed rate deal and so, realistically, rates would have to increase by more than 2% for you to start seeing a real benefit. There also isn't any certainty that rates will move in the direction you want them to, so you could end up being disappointed. As such, choosing the best deal for you should take into consideration your wider circumstances rather than being a straight bet on interest rate movements.

What are the disadvantages of a long-term fixed-rate mortgage?

Moving house can be problematic

Many longer-term fixed-rate mortgages aren't portable, which means you can't transfer them if you want to move to a different property. This means you will need to stay in your original property for the duration of the deal or face paying a penalty. For some lenders this means paying an early repayment charge (ERC) of between 1% to 5% of the outstanding balance. For the Virgin Money 15-year fixed-rate mortgage product, the ERC is 8% in the first five years, before it reduces incrementally for the remainder of the term.

These charges can prove to be prohibitively expensive for many homeowners and this lack of flexibility is a key reason many people avoid longer-term fixed-rate deals. However, Habito One, which offers first-time buyers and those remortgaging up to 40-year fixed, is shaking up the market as its product is fully flexible from the moment it is taken out. We have provided a full review of both Habito One and the Virgin Money 15-year fixed rate deal later in this article.

It can be more expensive

With higher rates for longer-term fixed-rate products - sometimes 2% to 3% more than for a 2-year fixed rate deal - you will end up paying more on a monthly basis and over the lifetime of the product. This will be counterbalanced if interest rates do begin to rise and you are paying below the market average, but that isn't guaranteed to happen. Another factor is you will fix at a certain LTV and won't benefit from that LTV reducing if the value of your property increases.

Fewer products to choose from

Following the financial crisis in 2007, many fixed-rate deals of 10 years or longer were pulled by lenders. While they are returning to the market, there are still significantly more options for 2 and 5-year fixed-rate deals. This means if you want a fixed rate for 10 years or longer, you will be limited to fewer lenders and have less choice in terms of mortgage features. This can be particularly problematic if you have more specialist requirements like, for example, having impaired credit. In this situation you may struggle to find a lender who will accept your application or, alternatively, may have to accept less favourable terms, such as a higher interest rate.

How much will a long-term fixed-rate mortgage cost?

In the table below we highlight the difference in the monthly repayments and total amount paid off for different lengths of fixed-rate terms. The calculations are based on a typical rate for each fixed-rate term for an 80% LTV mortgage for £200,000 on a property worth £250,000.

Which are the best long-term fixed-rate mortgage providers?

Online mortgage broker and lender Habito has been the first to market with a 40-year fixed-rate mortgage, Habito One. The product is characterised by its flexibility, with borrowers having the option to port the deal to a different property if they move, pay off the mortgage early or exit the deal without any financial penalty. Whether the relatively high cost - 5.3% for a 40-year fixed term at 90% LTV - will be off-putting remains to be seen.

The key features of Habito One are:

Habito has a strong reputation for customer service, with a ranking of 4.8 out of 5.0 on Trustpilot, based on almost 6,500 reviews. Overall, 91% of respondents said the company was "excellent". It is also known for bringing innovative ideas to market, of which Habito One is an example. It is, however, new and hasn't been tried and tested yet. Its success or failure will be determined by whether the public is ready to forego the popular 2 and 5-year fixed rate products and accept paying a higher overall rate for greater security. For more information on Habito, check out our independent Habito review.

Virgin Money launched its 15-year fixed-rate mortgage in 2019, one of only a handful of lenders to offer this type of product. Although it offers borrowers certainty over their finances, it doesn't enjoy the same flexibility as Habito One, with high early repayment charges meaning it is prohibitively expensive to switch deals in the first few years. However, the mortgage is portable if the value of the new property is the same or higher.

The key features of Virgin Money are:

Although Virgin Money states that 9 out of 10 customers who spoke to an adviser said the company was easy to do business with, its reviews on Trustpilot aren't so positive. Indeed, it scores just 1.3 out of 5.0 based on almost 3,000 reviews, with 86% of respondents labelling the company as "bad".

By Laura Mossman
12 min Read 12 Oct 2021
Fixed-rate mortgages are by far the most popular mortgage products in the UK, with borrowers choosing them for the stability...