It's Amazon Prime Day! Despite the name, it's a two-day event for Amazon Prime members where you can find some of the cheapest deals of the year on Amazon tech and much more.

In years past, some deals on Prime Day have been cheaper than the famous Black Friday sales in November.

On this Prime Day deals page - you'll find our top picks of the best deals for the event, and also some analysis on the cheapest price it's been previously.

The strongest offers will likely come from Amazon tech such as Echo Dots, Kindles and Tablets - but there are also new deals launched every 15 minutes called 'Lightning Deals', which are only valid for a short time, but can include anything on its website.

Remember, you have to be a Prime member to get these, but you can sign up for a free trial right here.

So without further ado... here's all the deals you need to know: 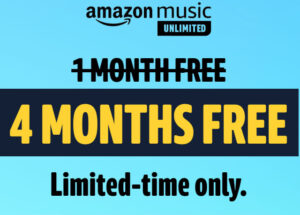 Usually this costs £8.99 per month, but you can get the 4 months free, and cancel the subscription near enough straight away to avoid being charged at the end (you still get to keep your trial).

This deal may work for those who have been members of Amazon Music before, but you may get a 3 month or 1 month offer instead.

Check to see if you're eligible and claim the deal here. 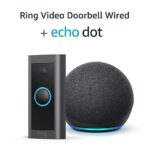 A Ring Video Doorbell is currently selling for £34.99, so spending just £1 more gets you an Echo Dot too.

Last Prime Day back in July, this offer was the Ring with Echo Show 5 (which is more expensive to buy than the Echo Dot), so this deal isn't quite as strong as that.

However, if you needed to buy these two items, it's a no brainer. 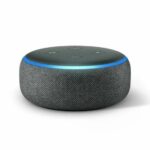 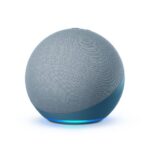 Again, the cheapest price for the most recent model of Echo Dot at £19.99. 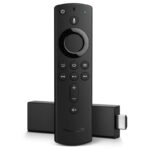 The newest version of the Amazon Fire TV Stick, including buttons for Disney+ and Netflix, is £24.99

On Prime Day in July, you could pick up the same TV stick for £17.99 - so the price reduction hasn't been huge.

Also, there are deals on other TV Sticks, but all prices are higher than last July. This includes Fire TV Stick Lite for £19.99 and 4K for £29.99 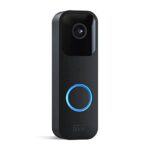 Newly launched is a video doorbell from Amazon called Blink.

Since its launch, it has seen barely any discounts - so this is the cheapest it's been seen. Last Prime Day it was £34.99, so a small saving from then also.

Amazon now sell an 'Echo Auto', which allows you to use Alexa while driving in your car.

The cheapest price this has ever been since launch is £19.99 last Prime Day. You're still getting a reduction, but not the biggest its seen. 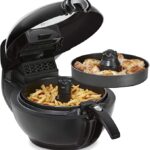 If you need an air fryer, this is matching the cheapest price the Tefal ActiFry has ever been offered.

In recent months, you haven't been able to get this for below £170, so a decent saving. 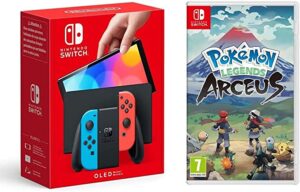 If you're looking for a Nintendo Switch bundle, this is one of the best ones out there for the OLED model.

You get the Pokemon Legends Arceus game along with the console, which is £39.99 normally.

This is the cheapest price we've seen for the Nintendo Switch OLED model. 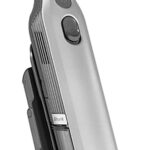 The Shark Cordless Handheld Vacuum is at one of its cheapest prices this Prime Day at £79.99.

Last Prime Day, it was priced slightly cheaper, but if you needed a handheld vacuum, very rarely does it drop to under £80 - so it's still a good deal. 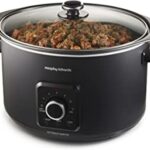 Deals on slow cookers haven't been the best this Prime Day, however there is one deal which is close to the cheapest it's ever been,

This Morphy Richards 6.5L slow cooker is currently £1 more than the cheapest price it's been seen. It's being sold at Curry's for £67.99 at the moment, so a decent saving. 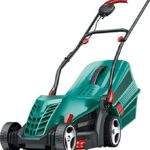 If you're in need of cutting the grass, this is the cheapest price this lawn mower has been since 2018.

£7 Off Your Order When You Use Amazon Pickup

There is currently an offer that gets you £7 off a £20+ spend when ordering and collecting via Amazon Pickup for the first time.

You'll have to click to link to see if you're eligible for the offer, as some accounts may be excluded from the promotion. If it is available to you, it's a great discount. 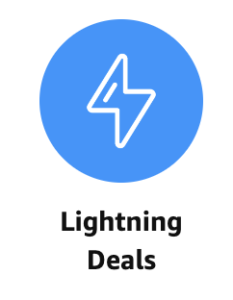 As part of Prime Day, Amazon launches new deals every 15 minutes that could include anything on its website.

Usually these deals don't last long, and either have a time span to claim it, or you have to be one of the first few people.

If you're looking for something specific, you may find it under this Lightning Deals section - but there will be a lot of 'dud' deals for random toot.

Whatever you're looking to buy, you can do a price comparison on CamelCamelCamel to make sure you're getting a good price.

Check out the Lightning Deals here. 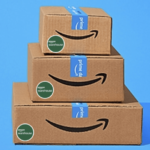 Amazon Warehouse is a part of Amazon that sells off used, open or slightly damaged products for a cheaper price.

This is basically the reduced discount section of Amazon, but not many people know it exists.

As a bonus offer this Prime Day, you can get an extra 10% off of selected products in the Amazon Warehouse (while stocks last).

The 10% off will be applied at checkout, and will come off the advertised price. Items discounted vary greatly from an Apple Lightning Digital Adapter to a children's slide.

Last Prime Day, the discount was 20%, so a smaller saving this time.

Check out the full range of reduced products on Amazon's website. 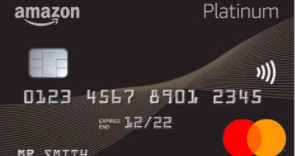 By Laura Mossman
1 min Read 06 Nov 2022
The Amazon Platinum credit card is no longer available to new customers with Amazon and card provider NewDay terminating its...

Amazon halts Visa credit card ban amid talks: Can you still use them?

By Laura Mossman
1 min Read 17 Jan 2022
Amazon has suspended plans to implement a ban on Visa credit cards in the UK, which was due to come...