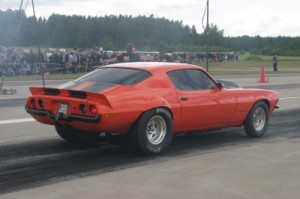 It's that time of year again when my car insurance is up for renewal. So unsurprisingly my existing insurer posted a renewal pack to me with a premium hike big enough to make my eyes water.

I would let you try and guess the scale of the percentage increase in my premium but unless you aim north of 50% we'd be here all day. But why? I am a year older, have another years driving experience and another years no claims bonus – all facts which should in theory reduce my premium. Not only this but the roads are safer (the number of crashes resulting in injury has gone down by 30% over the past 15 years) and car thefts are falling.

So why have insurance premiums gone up so much?

Digging around the issue it transpires that I am clearly not alone in this predicament. This year the average car insurance premium has gone up around 40%. The answer to the question of 'Why? is interesting and I suggest that you read this fascinating article for full details - Surprised by your car insurance rise?. To sum up, two factors are largely at play - a rising number of uninsured drivers and an increasing number of personal injury claims by those involved in collisions.

Ways to cut the cost of your car insurance

Often when it comes to money saving the law of diminishing returns eventually rears its head. When you first get to grips with your finances the impact and savings can be colossal. But then this can reduce with time. By this I mean that you can't keep slashing your car insurance by 50% over and over again. If you could it would end up almost free- which doesn't happen in the real world. But using the same money saving techniques each time you can ensure that you always get the best price going forwards (even at renewal) and help keep your finances under control.

So first of all, here are a couple of ways to cut your car insurance bill:

How I got my current car insurer to waive the premium increase?

But in an ideal world you shouldn't have to chop and change insurance companies every five minutes to ensure you get the best deal. This way you'd also avoid concerns over whether you might lose your no-claims history when switching insurance companies (in reality you won't most of the time) – plus it's less hassle administratively.

However there is a one possible way of doing this which I employed. I not only avoided the 50% increase in my renewal premium but I also kept my insurer and insurance policy unchanged. Here’s how I did it:

My car insurance is through Elephant.co.uk. Now this is not a plug for them as personally I have no affinity to the company. I could go further and say that I actually dislike them on the basis that they planned to increase my annual premium from £504 last year to over £750 this year! On the basis that I was pretty disgruntled I then did the following:

Step 1 – While spitting feathers I loaded up a price comparison website (as mentioned earlier).

Step 2 – I entered all my relevant details and was presented with a list of the cheapest polices with their corresponding prices.

Step 3 – I then went through the details of each of the cheapest polices comparing the level of cover with my existing policy. Remember, with insurance cheapest isn't always best as one way insurers keep their premiums low is to cut the level of cover (and other benefits). So make sure the policy gives you what you need.

Step 4 – By following steps 1-3 I was able to find an equivalent policy at a cheaper price than that quoted in my renewal pack.

Step 5 - Interestingly one of the cheaper quotes I obtained was provided by Admiral. So I called my existing insurer (Elephant.co.uk) and told them I was unhappy with their increase. After some debate they agreed to drop my renewal premium to £690! (which proves another tip is to simply negotiate with your current insurer in order to reduce your insurance premiums!).

Step 6 - I then asked them why their sister company (Admiral) could do the same policy (as my existing contract) for new customers at £505. After a momentary silence Elephant.co.uk agreed to match Admiral's price once they checked out the quote I'd received from the price comparison website (you are given a reference number when you get a quote so they use that to check the details and premium).

Hey presto Elephant.co.uk agreed to renew my contract at £505, which was the same premium as I paid last year, due to my persistence and 5 minutes research on a price comparison website.

So the moral of this story is that you don't have to accept any car insurance premium hikes even if your insurer tells you that that's their best price. You can force their hand and avoid any increases.

Home improvements - when do you need to tell your insurer?

By Lauren Burrows
10 min Read 08 Jul 2021
The coronavirus pandemic saw millions of us utilising our time at home to make improvements to our properties, from adding...

How do Premium Bonds work and are they worth it?

Monzo launch new premium account: how does it compare?

By Lauren Burrows
7 min Read 21 Oct 2020
Monzo has launched a new 'premium' account that is set to rival a number of high street packaged bank accounts...