What is critical illness cover? 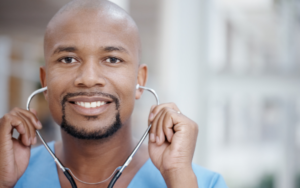 What is critical illness cover?

Critical illness cover is a type of personal insurance that will pay out if you are diagnosed with a serious illness. Diagnosis of illnesses such as cancer, heart attack or a stroke are examples of the specific illnesses covered under such policies. The money that is paid out can be used, for example, to lessen the burden of debts, such as a mortgage, and pay your household bills while you recover.

Critical illness cover was first formed in South Africa by cardiologist Dr Marius Barnard and was called dread disease insurance. Witnessing his cardiac patients' financial suffering led him to convince the insurance market to devise a way to protect against such health events. Today, this type of policy is widely bought alongside life insurance to prevent financial hardship caused by illnesses such as cancer, heart attacks, multiple sclerosis and many others.

What illnesses are covered

The illnesses that are covered by critical illness policies vary depending on which company you buy a policy from. Critical illness cover will usually include cancer, heart attack and stroke but the lists of illnesses can be as long as 150 illnesses in some instances. Long lists of illnesses covered aren't always an indication of a better quality of cover. Each illness that is covered will be accompanied by a definition that has to be met and some insurance companies make it easier to claim than others.

Critical illness cover is paid for monthly and your specific monthly premium will be calculated using your age, health, lifestyle, whether you smoke, the amount of money your policy will pay out if you claim as well as how long you want to be protected for.

Critical illness cover for children usually covers a range of child-specific illnesses as well as those that adults are protected for. Illnesses such as Bacterial Meningitis and open heart surgery are among some of the serious illnesses that are covered. To find out more read our article "Can you get critical illness insurance that covers children?"

How to get the best price for critical illness cover

It is wise to work out what your personal circumstances would require in the event of being diagnosed with a serious illness. Once you have established this, you can start to compare prices and products. A specialist critical illness insurance adviser can help with both parts of this. The adviser will ascertain your personal needs and provide suitable recommendations within your budget. Dealing with an adviser who has access to all the critical illness providers in the market means that they will compare the best price and quality of critical illness cover for you.

Critical illness cover is not complex but there is enough to consider that makes speaking to an adviser useful. Most advisers deal with life insurance and sickness insurance policies too. They usually won't charge for their services as they are paid by the insurance company directly.

We have personally checked and vetted the service provided by a specialist life insurance advisory company. The advisers are trained to provide bespoke personal advice and can look at a combination of all the different types of policies you may need as well as critical illness cover. You can arrange a chat using this form* and if you do decide to take out a policy you will receive £50 cashback.

What is terminal illness benefit and is it the same as critical illness cover?

How much critical illness cover do I need? Do I really need it?

Is my critical illness cover any good?

By Harvey Kambo
26 min Read 16 Aug 2021
Critical illness insurance will pay out if a person is diagnosed with a serious illness but not every policy works...