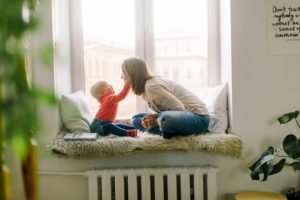 Critical illness insurance is designed to ease the financial pressures of suffering from a serious illness, including certain types of cancer, by paying out a lump sum on diagnosis. Critical Illness insurance was traditionally designed to pay off your debt if you became seriously ill. Removing financial stress, this product would enable you to take time away from work and relieve your family of responsibility for your financial liabilities. While the underlying purpose of the product hasn’t changed, critical illness insurance itself has come on leaps and bounds since its birth in the 1980s. Things have changed, yet many of the old myths around the product still exist. It’s time to relook at these beliefs and separate the myths from the facts.

The purpose of critical illness cover is to protect your finances if you fall seriously ill, particularly during your working years, when your financial responsibilities are at their greatest. According to LV’s Risk Reality Calculator, a 30 year old male has a 14% chance of developing a serious illness before age 65.

It’s also worth thinking about certain critical illnesses, cancer being probably the most prominent. Certain changes in our lifestyles over time (especially our diets) have increased our chances of developing cancer, and today half of us are predicted to develop cancer at some point in our lives. A very scary statistic.

2. Critical illness insurance policies only pay out when you’re terminally ill, so you are very unlikely to be able to claim

Critical illness policies used to only cover a handful of illnesses at very critical stages. It made sense, given that illnesses like cancer were typically detected at later stages back in the 1980s because medical practices simply weren't what they are today. But thanks to advances in medicine, and things like national screening programs for cancer, we are able to detect illnesses earlier and treat them better, resulting in huge improvements in survival rates. And with this change in the way we face illness, we’ve also seen changes in the critical illness products available today.

Policies today not only cover the critical stages of illness but many also offer additional payouts for less serious conditions, to reflect the fact that we are detecting illnesses earlier. For example, many now cover a number of stage zero cancers, or carcinomas in situ, typically paying out around 25% of the total cover amount. Insurance companies are enhancing their critical illness contracts all the time to add new lower severity conditions. In fact Vitality has gone even further to offer a pure severity-based product. You can find out more in our full Vitality review.

3. Insurers can pick and choose when they pay out on their critical illness insurance products

This is not true.

Insurance companies are regulated by the Financial Conduct Authority who require that all insurers treat customers fairly. As part of this they have to make it absolutely clear what would qualify for a payout under their products.

When you buy a critical illness insurance policy you will be sent a terms and conditions document from the insurer detailing exactly what illnesses your policy covers at what stage of illness you would qualify for a payout and what that payment would be. So you will know exactly what you’re covered for from outset.

4. If you have life insurance you don’t need critical illness insurance

This is a very common view and many people choose not to take out critical illness insurance if they have life insurance. However if we take the same 30 year old male that we looked at earlier, he has only a 4% chance of death before age 65, compared to a 14% chance of developing a serious illness. He’s over three times more likely to receive a payout from his critical illness cover compared to his life insurance, the latter only pays out on death. That is why it is sensible to have both products in place, dependent upon your budget.

5. You only need critical illness insurance if you have a mortgage

Traditionally, critical illness insurance was taken out alongside mortgages. If you became seriously ill you could pay off your outstanding mortgage in full, so your family weren’t left to cover the debt and you could take the necessary time away from work to receive treatment.

But critical illness insurance can be used to cover any debt. This could be anything from your child’s university tuition fees to your car finance. Any financial liability that you wouldn’t want to pass to your loved ones in the event that you became unable to cover the repayments due to illness.

Critical illness cover isn’t only useful if you have debt, you can actually use a payout from this type of policy however you wish. You could use the money from the policy to cover the cost of private medical care, to ensure you get access to the quickest treatment and best hospitals available. Alternatively, you could use the payout simply to replace your earnings if you became ill. You could then continue to cover your regular outgoings, such as rent, or any other family expenditure. Critical Illness is different to income protection insurance as we explain in our article 'What is the difference between income protection and critical illness insurance?'.

6. Critical illness cover is expensive, so it’s best to put off buying it until you have more disposable income

Many view critical illness insurance as a luxury, rather than a necessity. It’s for this reason that many will put off taking out a policy until a time when they have more disposable income. Unsurprisingly this time rarely comes and often insurance gets pushed further down the list of priorities. For those who do relook at their insurance in future, usually because they have suffered health complications themselves or they know someone who has, they either can’t get critical illness insurance or the cover has become too expensive. Sadly, we often realise we need insurance when it’s too late!

So it actually makes financial sense to take out a critical illness insurance policy sooner rather than later.

7. You can’t get critical illness cover if you have, or have had, health problems

When you apply for critical illness insurance your application you will go through a process known as underwriting. Underwriting is where the insurance company assesses your risk and is therefore able to calculate the correct premium to charge you for the insurance. The higher risk you are, the greater your chances of claiming and the more expensive your monthly premium will be.

The insurer will ask you questions around your health that allows them to assess how healthy you are and your chances of illness. If you’ve had a health problem in the past the insurer may either increase your premium to reflect your increased risk, exclude any claims related to that previous health condition, or they may not offer you cover if they feel that your risk o af claim is too great.

It’s worth bearing in mind though that not all insurers treat medical conditions the same, so having a health condition doesn’t necessarily mean you can’t take out critical illness insurance, it’s just a case of finding the best insurer for you.

Finding the best critical illness insurance policy for you

How much does critical illness insurance cost?

By Harvey Kambo
20 min Read 13 Jan 2021
When I am asked how much critical illness insurance costs, my usual answer is 'More than life insurance', but there's...

Critical illness insurance - what is it, and is it worth having?

By Damien Fahy
15 min Read 14 Oct 2021
Most people imagine that a serious illness only happens to other people. However, the true picture is quite different -...

Is Coronavirus covered under a Critical Illness Insurance?

By Harvey Kambo
7 min Read 17 Nov 2020
Living with the uncertainty that the current pandemic has brought with it has been difficult for most, and while we...