Why now is the best time to buy Life insurance

EU Gender Directive has pushed up premiums – but there is hope

You may have already read about the new EU Gender Directive, which, as of 21st December 2012, prohibits insurance companies from offering different premiums based on whether the applicant is male or female. With the press scare mongering as to what the financial impact for consumers would be there was a mad rush to buy life assurance in the days leading up to the 21st December.

While it’s true that in general it means that rates for many policies will be higher for both men & women, market forces will almost certainly reduce the impact of this once the market has adjusted.

Let’s assume you buy a new home and are taking on a big mortgage, say £150,000. You are married with 2 children, and decide to wait for rates to hopefully reduce before buying some life insurance to protect your mortgage, and therefore your family from being made homeless. What harm could there be?

But things could be WORSE!

Don’t be put off buying Life insurance immediately or reviewing your existing policy.

Ideally make sure that you get some good advice from a Financial Adviser to ensure you get the most suitable policy for you and your family.

There is NO penalty to you if you take out a life insurance policy and then cancel it later, in say 12 months time, because you have found a better deal. BUT the Insurer cannot cancel it on you. Word of warning here though, whatever you do you must NOT cancel your existing policy until the new one actually starts, as until it does premiums can be changed.

If you do suffer from a medical condition after taking out life insurance you will still be covered. It won’t even affect the premium that you pay as long as they are guaranteed. If in 12 months you decide to shop around and the medical condition means you would suffer a rated (or increased) premium on a new policy you can just stick with what you already have.

More importantly if the condition means that you would be declined for a new policy the existing policy would still be unaffected. 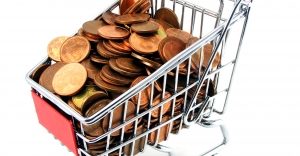 By Lauren Burrows
15 min Read 23 Sep 2021
It can be hard to know which type of pet insurance is best for your pet, especially as there are...

By Lauren Burrows
10 min Read 26 Oct 2021
Time-limited pet insurance is a pet insurance policy that offers veterinary fee cover for an illness or injury for a...