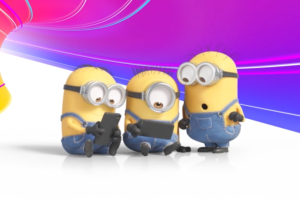 Sky is known mostly as a TV broadcaster, especially to fans of Premier League football, but it is now also one of the biggest players in the broadband market. It is firmly established in the top three broadband providers alongside BT and Virgin Media, but how does it compare to its big rivals? And can it keep up with a growing list of new challengers? In this independent review, we will look at the key features of Sky Broadband, compare it with other broadband packages on the market and see if it might be the right service for your household.

We recommend that you read the review in full however you can jump to specific sections of the review using the following links:

Sky Broadband uses the Openreach network to provide standard (ADSL) broadband and fibre-to-cabinet connections, plus full fibre in some areas. If you are unsure which type of broadband is right for your household, read our article ‘Which broadband is best?’.

Here are the key features of the main broadband packages offered by Sky.

Sky has six main broadband packages offering a variety of speeds to suit different households. If you are not sure what speed home broadband you need, read our ‘What broadband speed do I need?’ article.

This is the most basic type of home broadband service available in the UK. The download speed is slow by modern standards and Sky's package is relatively expensive.

A download speed of 11Mbps is likely to only be suitable for households who occasionally use the internet and only stream on one device at a time.

Superfast 35 offers much faster speeds than Essential Plus, despite the standard price being only £0.50 a month extra.

An average download speed of 36Mbps will suit a much wider range of households, including those using multiple devices at once.

A download speed of 59Mbps would put your home above the average for the UK, as calculated by Ofcom in 2021.

The standard price is the same as Superfast 35, so it may seem like an obvious choice to pick Superfast whatever your usage. However, Sky often runs limited time special offers and discounts, so use a comparison tool to see which is cheaper.

The big jump in download speed from Superfast to Ultrafast is due to the different technology used. Ultrafast is only available in homes supplied by full fibre or G.fast services. This means you may not need a phone line.

Download speeds of over 100Mbps are going to be most useful for households streaming from multiple devices at once, downloading large files or making video calls. If this doesn't sound like you, it may be better to go for a slower and cheaper option.

Sky Ultrafast broadband comes with another huge download speed improvement. 500Mbps will not be available in many homes across the UK, so make sure the guaranteed minimum speed you are contracted to receive is worth the extra price.

Download speeds of up to 500Mbps will suit large homes needing to connect a lot of devices at once – such as heating systems, smart speakers or security devices – without slowing down streaming speeds for other devices.

Gigafast is Sky’s top-of-the-range broadband product and advertises an average speed of 900Mbps. This is likely to be unnecessarily fast for most homes, but would be useful for large, high-usage households downloading large files, streaming from multiple devices in 4K and playing online games.

One caveat for Gigafast customers will be that the guaranteed speed is 600Mbps. This is still very fast, but some way off 900Mbps.

How much does Sky Broadband cost?

Sky offers multiple packages at a variety of prices. Like its main competitors BT and Virgin Media, Sky is likely to be beaten on price by smaller challengers, including Sky-owned NOW Broadband. However, Sky deals are often available at discounted rates for an initial period, sometimes as long as two years. At the end of this period, you would need to renegotiate your tariff or switch providers in order to avoid being put onto the much higher standard pricing.

Sky Broadband packages cost £19.95 in setup fees, though this charge is sometimes waived as part of limited-time deals.

Sky is the largest pay TV provider in the UK, with a huge customer base and multiple big budget productions. It also offers some of the most up-to-date home entertainment technology on the market, including Sky Q and Sky Glass. Sky offers over 300 channels, including Premier League football, blockbuster movies and award-winning drama. Unlike competitor Virgin Media, Sky customers have much more freedom to select the services they want, which means avoiding paying for what they don’t want. Sky also offers a mobile service, with special deals available for TV and broadband subscribers.

However, when it comes to getting value for money on your broadband, these extras should only come into consideration if they are services you already subscribe to, or you consider to be essentials. If you get your sport from NOW, your broadband from Plusnet and TV from Netflix, you may be able to get a better deal by bundling the services together with Sky. If you are only looking for a broadband deal, paying extra for TV services you do not watch will not be good value for money.

Yes, called Sky Broadband Basics. It is only available to customers who already have Sky Broadband and the account holder must be named on a Universal Credit or Pension Credit monthly statement.

The deal costs £20 a month as part of an 18 month contract. Customers will receive the Superfast 35 package, or Essential Plus if a standard fibre connection is not available in their area.

Does Sky have a good router?

New customers to Sky Broadband will be sent the newest Sky Broadband Hub router. It offers good coverage around the home, is easy to set up and can handle connecting to multiple devices at once. This is a significant upgrade on the previous generation of router offered by Sky, the Q Hub. It has been rated at 82% by Which?, a score that compares well to the free routers offered by some of Sky’s main rivals, but is below BT’s 88%.

Do I need a phone line with Sky Broadband?

With a Sky package, that means that Essential Plus, Superfast 35 and Superfast deals will need a phone line connection.

Read our article on ‘Do you need a landline for broadband?’ to learn more.

Sky Broadband scores a seemingly low 1.5 out of 5.0 on Trustpilot, which puts it behind competitors Virgin Media (2.0) and BT (1.6). These low scores suggest the site’s broadband reviews are mostly negative, though TalkTalk scores 2.8 and NOW Broadband 2.6.

Sky ranked 11 out of 14 in a Which? survey of broadband providers, scoring only two out of five stars for technical support, value for money and speed.

Sky can take some positives from Ofcom customer service research. It scored 86% for ‘satisfaction with overall service’ in a recent report, ahead of Virgin Media Broadband and TalkTalk, but below EE and BT.

How does Sky Broadband compare with other providers?

Sky is not a budget provider, so you will likely find a cheaper deal elsewhere for the download speed you need. A Sky deal will seem like much better value for money if you are able to take advantage of a sale or bundle together multiple services. Sky’s bundles are a lot more flexible than Virgin Media’s, so you will be able to pick and choose what you want.

Sky TV is no longer the only way to watch Premier League football on Sky Sports or HBO drama on Sky Atlantic, so you may find a cheaper broadband service combined with TV from NOW is a better value option. Read our article to find out ‘Who is the best broadband provider?’ for the services you value.

How to compare Sky broadband

A great way to compare broadband packages is via a comparison site such as Uswitch*. A comparison site allows you to compare the best deals from multiple broadband providers at once. We have partnered with Uswitch* so that our readers can source the best broadband deals, simply click on the link and enter your postcode to get started. Broadband deals can be tailored based on personal preference, with options to filter factors such as price, speed, reliability, Wi-Fi coverage and customer service. According to the latest data, customers that chose a broadband package via Uswitch saved an average of £162 per year.

Is Sky Broadband any good?

Sky offers a top-of-the-range TV service and broadband packages that cover a range of speeds. It often runs deals for new customers and its bundles can seem like value for money. However, it is unlikely to be the cheapest option for the speed you need.

By Joel Kempson
8 min Read 26 Oct 2022
BT is one of the biggest providers of broadband and has more customers than any other UK provider. It offers...

By Joel Kempson
9 min Read 25 Oct 2022
EE is perhaps better known for its mobile phone contracts than its broadband deals, but it has become a significant...