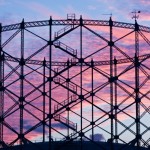 Whenever an energy supplier increases its gas and electricity prices they cite an increase in the wholesale cost of supplying energy.

Scottish & Southern Energy (SSE) claimed that the 25% increase in wholesale costs over the year was the reason behind the company increasing their gas prices by 9.4%. But are such increases justified?

Firstly let me dispel one common misconception – there is no one universal wholesale price. The reason for this is down to how the wholesale market works.

You may not realise this but energy suppliers have to initially buy the gas and electricity which they will supply to you. A few of the well known energy suppliers produce some of their own energy but on the whole they purchase what they need either directly from the companies producing the gas/electricity or from the wholesale market.

Either way the price is not fixed. In fact it fluctuates as speculators, energy companies and energy traders buy and sell energy contracts, These contracts are agreements to deliver gas and electricity at a specified date. Accordingly the price of each contract depends, among other things, on the day the contract is bought as well as the energy delivery date. The price one day will be completely different to that of the next. In fact the prices vary continually – much like share prices do.

Short term contract prices can be influenced by factors such as the weather. If we have a cold snap the demand for energy delivered in the near term will go up. Hence so will the price. Long-term contracts are influenced by macro factors. Consequently energy being delivered tomorrow will have been bought over a period of time. Some may have been bought yesterday, some of it years ago.

Every utility company employs energy traders and analysts who's job is to get the get the best price. So the expertise and skill of these people will also impact on the price that their firm's customers pay for gas and electricity.

So are the price hikes justified?

No, Citing an increase in wholesale prices is pretty meaningless as there is no one price. Which conveniently the utility companies may allude to when they are trying to explain why they have not cut their prices when the apparent wholesale cost of gas and electricity has dropped.

In short it feels like the utility companies are pulling the wool over your eyes when they hike their prices, that's because they are!

The energy companies are in cahoots with each other

Yesterday E.On became the last of the major energy companies to increase their prices this winter. It is clear to everyone that when one of company raises its energy prices then they all tend to. Ofgem, the industry regulator, has become so concerned about this that they have launched an investigation. Whether this results in any benefit for the consumer is yet to be seen. In the meantime visit the our 'Utilities' section, under the 'Property' drop down menu above, for tips on how to slash your energy bills.

How much electricity am I using?

By Lauren Burrows
5 min Read 28 Sep 2022
Households across the UK are feeling the squeeze as everyday living costs continue to increase with food prices rising and...

Demand Flexibility Service - How to get paid to use less electricity

By Lauren Burrows
2 min Read 23 Jan 2023
From the 23rd of January 2023, almost 1 million households can benefit from money off their energy bills thanks to...

By Laura Mossman
2 min Read 08 Feb 2022
Octopus Energy and the National Grid are set to pay its 1.4 million smart-meter customers to cut their electricity use...