Saving For Your Future > Investing > Hargreaves Lansdown vs Fidelity: Who should you invest with?

Hargreaves Lansdown vs Fidelity: Who should you invest with? 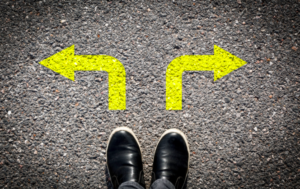 If you are looking for the best platform to invest your money with, Hargreaves Lansdown and Fidelity are two of the biggest players in the UK market. In this article we compare what they offer to investors, including their products and services, as well as the cost.

Hargreaves Lansdown vs Fidelity - which is better?

At their core, Hargreaves Lansdown and Fidelity are quite different propositions. Hargreaves Lansdown is the UK largest's investment platform, but at its foundations is a financial advisory service. While it offers a great deal of choice, with a range of savings and investments options, including the capacity to invest in 3,700 funds, as well as shares, bonds, ETFs and investment trusts, it doesn't have the same scope as Fidelity.

While Hargreaves Lansdown has a handful of its own funds, as well as ready-made portfolios, Fidelity has a broader and more established range of funds and also has a separate platform, Fidelity Fundsnetwork, which is used by financial advisers. And while both companies offer retirement planning and pension options, Fidelity also administers company pensions.

The area where Hargreaves Lansdown has an advantage is with the tools and functionality on its site, particularly in terms of researching funds and shares. It also has Master Portfolios and its HL Portfolio+ offering, which are particularly useful to those who are new to investing and require more guidance.

Both Fidelity and Hargreaves Lansdown have a good variety of products available, with the ISAs, GIAs and SIPPs you would expect from such major players, but also JISAs and Junior SIPPs. The differentiators between the two are the active savings and cash ISA offered by Hargreaves Lansdown and, crucially, a Lifetime ISA (LISA), which Fidelity doesn't have.

If you are specifically interested in a LISA, there is lots more information in our article "Lifetime ISAs explained - are they the best way to save?"

The minimum investment will depend on what type of account you wish to open. With Fidelity it is fairly simple, it requires a minimum lump sum investment of £1,000 or a regular monthly commitment of £25.

Hargreaves Lansdown requires an initial lump sum minimum investment of £1,000 for those who wish to invest in its HL Portfolio+ range, but like Fidelity, will accept a minimum £25 regular monthly payment. Hargreaves Lansdown has a minimum investment of £100 for an ISA or SIPP, although this too reduces to £25 per month for regular savers. Those wishing to open a fund and share account can do so with just £1.

Overall, Fidelity works out cheaper than Hargreaves Lansdown, with a platform fee of just 0.35% for investments up to £250,000 (capped at £45 for those with pots smaller than £7,500 who are on the regular savings plan), compared with 0.45% for Hargreaves Lansdown. Indeed, for those with investments between £250,000 to £1m, Fidelity is still marginally cheaper, charging 0.20% compared with 0.25% for its rival. It also beats its rival for investment amounts between £1m-£2m, charging 0% for everything over the £1m mark.

It is worth noting, however, that while the cost is a major factor for many investors, you need to look at the whole proposition for both platforms to help you decide if you are willing to pay extra in order to access some of the features offered by Hargreaves Lansdown.

According to independent review site Trustpilot, both Hargreaves Lansdown and Fidelity score highly with their customers, scoring over 4 out of 5 stars. Just over half of respondents for each company rated them as "excellent", with only around 15% claiming they were "bad". Hargreaves Lansdown is praised for its efficiency and good service, while Fidelity is rated for the tools and features it offers alongside its service proposition.

Both Hargreaves Lansdown and Fidelity represent good options if you are looking for well-established companies with a wide range of products. The decision largely comes down to whether you are looking for the best value for money, in which case Fidelity is a strong contender, or if you want access to the research capabilities and extra support offered by Hargreaves Lansdown.

Hargreaves Lansdown vs Moneybox: which should you choose to invest with?

By Laura Mossman
4 min Read 23 Jun 2022
If you are looking for the best place to invest your money, you may be comparing Hargreaves Lansdown* and Moneybox....

By Andy Leeks
2 min Read 06 Apr 2022
Hargreaves Lansdown is the UK's largest fund platform and remains a popular choice among UK investors. While it offers a...

By Laura Mossman
3 min Read 30 Jun 2022
If you are looking to trade shares, you may be comparing different investment platforms, including eToro and Hargreaves Lansdown*. In...