The top performing fund sectors of 2014 – and the outlook 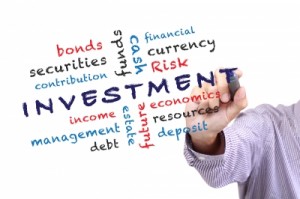 As we pass the half-year point, the table at the foot of this article shows 2014's top performing sectors have been Property & Bonds while Japanese, Chinese & Smaller Company equities have lagged, catching many investors by surprise. So what happened and can investors expect more of the same in the second half of 2014?

The big surprise of 2014 has been the strong outperformance of bond sectors. But the reality is that a repeat performance in the second half of 2014 is unlikely, save for an investor flight to safety. In isolation, recent bond returns versus equities have been impressive, but investors must put this into context and look at why bonds have outperformed in 2014

At the start of 2014 the gilt market was pricing in earlier interest rate hikes, but a re-evaluation saw gilts rally. Add into the mix that equities had become comparatively more expensive than bonds, the incentive to sell bonds and buy equities had diminished by the start of 2014. In fact large life and pension funds were doing the exact opposite, locking in equity profits from 2013. But now:

So upside opportunities in fixed interest is more muted and much of what drove the market in the first 6 months of 2014 is now priced in.

Performance chasers need to be wary and keep on their toes, because if interest rate / inflation expectations suddenly shift they could be left licking their wounds.

Commercial property is the top performing sector year to date. Following the financial crisis the tide looks to have finally turned for commercial property, with investor sentiment first turning positive at the end of 2012.

A year or so in, and the outlook remains positive with consensus forecasts for UK property returns for 2014 around 10% and 8% for 2015. What is often overlooked is the stability of income returns from commercial property which is attracting investors looking for income.

The sectors bringing up the rear are China, Japan, various Smaller Companies and Technology.

Japan’s underperformance has caught a lot of investors off guard. The euphoria surrounding Abenomics is waning with many (including the IMF) now questioning its effectiveness.

What drives the Yen down tends to drive the Japanese stock market up. So there is much anticipation centred on whether Japan will do more QE (aka money printing). In reality it is likely, and if so the second half of 2014 could be a very different story to the first half year.

There are certainly positives for Japan, Abe is likely to introduce further policy measures ahead of local government elections in April 2015. Plus the Bank of Japan’s quarterly Tankan suggests that the economy is about to rebound, from the aftermath of the sales tax introduced in April this year. But perhaps there needs to be some moderation in investor expectations, which have become inflated by the strong performance of early 2013.

China is an enigma with a potential property bubble and credit excess weighing on investor sentiment. Concerns over a slowdown in economic growth leaves investors looking for signs of increasing stimulus measures from authorities. Chinese equity valuations look cheap and a good long term bet, but in the near term investors can expect continued volatility.

Technology and Smaller Companies underperformance has come off the back of strong periods of outperformance. The poor performance of smaller companies is difficult to pin down, most likely the result of profit taking. While technology stocks were overdue a correction as valuations ballooned.

But what is also interesting……..

While the top performing sector this year, Property, is up over 5% only a few sectors have lost money. Compare it to the same period last year and Japan lead the way, up over 20%, and Smaller Companies globally were flying. Investing in bonds was where you lost money.

So 2014 has generally been very quiet for most asset classes……….it’s unlikely that the second half will be as calm whatever sector you are in.

The best performing funds to invest in right now

Investing, Saving For Your Future

Which is the best performing stocks and shares ISA?

By Damien Fahy
20 min Read 01 Jan 2022
At the start of a new year, I like to write an investment outlook for the year ahead as well...