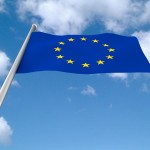 There's been a lot of press coverage and scaremongering about the prospect of the insurance industry being forced by the EU to assess men and women equally when it comes to risk (currently they don’t). Be it Martin Lewis appearing on TV making unfortunate howlers or the finance industry running around like Chicken Lickin screaming’ the sky is falling, annuity rates are going up’, it’s all got a bit out of control

So what is all the fuss about?

Insurance companies don't sell products out of the goodness of their hearts, quite understandably, they are in it to make money. So let's say you apply to buy a life insurance policy from an insurance company, they will then try to assess the risk you represent to them as a business, i.e. what are the chances of them having to pay out sooner rather than later. Basically, when are you likely to die? Accordingly the more risky they deem you to be the higher your premiums.

There are lots of factors they use to assess your risk. For example, are you a smoker? Are you healthy? It doesn't take a genius to tell you that a fat, chain smoking alcoholic will probably not, on average, outlive a young teetotal gym fanatic. But gender is also a determining factor in life expectancy as women tend to outlive men. Accordingly this fact will be reflected in their insurance premiums and annuity rates. 'Fair enough' I hear you say, but this is where the problems start.

The European Courts are getting involved

The European Court of Justice is due to make a ruling next month which could mean that insurers will now longer be able to 'discriminate' on the basis of sex. Why the ruling is taking place is not important for this discussion but its roots lie in sex discrimination and EU law. The ruling is due on 1st March 2011.

Underwriters, the guys at the insurance companies who assess the risk of each application, may no longer be able to base decisions on gender, if the Court rules against gender usage in risk assessment.  For example, they will have to completely ignore the fact that women live longer than men.

Consequently, if insurers have to ignore gender insurance premiums and annuity rates will be affected. Typically men's annuity rates will fall as insurers will pretend that men live just as long as women. Currently men get better annuity rates than women of the same age to reflect the fact that they will on average die younger, which means more money in their pocket each month. If rates fall for men then their retirement income would be lower than under current rules. Meanwhile, women's equivalent rates may improve slightly to reflect the removal of this gender weighting.

But it's not all good news for women. Don't forget that some women benefit from their husband's annuity so their standard of living will be affected if his annuity income decreases. And of course joint life annuities will be affected. Some analysts are predicting an overall drop in annuity income of 5% in order to introduce gender equal annuities. In all likelihood the only group who would really benefit from the changes are single women.

Should I do something now to protect myself?

No. Second guessing the future is the route to madness. Beside,s there is talk that if 'gender discrimination' is ruled out by the Court then they may make any changes retrospective which would mean existing annuity and insurance premiums having to be reviewed anyway. However, there is some scepticism that a retrospective change could be achieved as many of the insurance industry’s computer systems resemble my patched up Casio calculator.

In my opinion this is all madness. It's not about EU bashing but about common sense. Women outlive men and there is no changing that fact. If we are going to start ignoring gender, something which you have no control over, why should people with genetic conditions be discriminated against by insurers. After all, they too had no control over a condition which will affect their life expectancy, as it was preordained by their genes. Why should enhanced annuities exist? If you extrapolate this to the ridiculous degree where does it stop? One premium for all? Women’s car insurance premiums to go up? Generally speaking it’s a bit of ‘swings and roundabout’ – higher risk groups tend have higher insurance premiums but also higher annuity rates.

By reducing an insurer’s ability to assess risk accurately will reduce their profit margins. And when these disappear they might pull products altogether which is bad news for the consumer. Alternatively it could spur the insurance industry to produce new innovative products.

The truth is no one knows what might happen so let’s see wait until 1st March before we all start yelling that the sky is falling in. Watch this space!

How can I reduce my life insurance premiums?

By Damien Fahy
13 min Read 10 Jun 2022
In this article, we explain the different ways to reduce your life insurance premiums that you may not have considered....

How can I reduce the premiums on my income protection insurance?

By Damien Fahy
7 min Read 01 May 2020
Reader question: How can I reduce the premiums on my income protection insurance? If you have been looking at quotes for...

By Andy Leeks
7 min Read 14 Jan 2022
People often assume that life insurance is expensive but it can be low cost and there are ways you can...