Saving For Your Future > Pensions > What is the State Pension triple lock?

What is the State Pension triple lock? 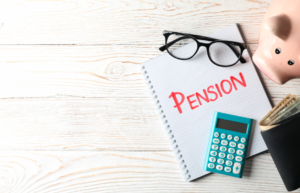 How does the State Pension triple lock work?

However, the ‘lock’ part of the triple lock is not completely watertight. The government is able to change the methodology of the system, or even scrap it altogether if it becomes too expensive or there is the political will to change the system. For example, the triple lock was suspended for the increase due in 2022, with only two of the three measures applied. This was blamed on an unusually large rise in average earnings following the end of furlough payments under the Coronavirus Job Retention Scheme.

The CPI figure used is the year-to-date rate from September, while wage growth figures are recorded in July. This means that both are arguably out of date by the time State Pension payments are increased the following April.

Why was the State Pension triple lock suspended for 2022?

The government is able to change the details of the triple lock, or even get rid of it entirely. In 2021, the Treasury was reportedly concerned that figures on earnings growth in the three months up to July – one of the pillars of the triple lock – were distorted by the withdrawal of furlough payments provided as part of the Coronavirus Job Retention Scheme. Average earnings had fallen drastically under various government restrictions, with the furlough scheme introduced to partially pay salaries. When restrictions were lifted and the scheme was shut down, average earnings grew quickly. As a result, sticking with the triple lock would have required an 8.8% rise in State Pension payments.

What is the State Pension triple lock 2023?

The Treasury has confirmed that the State Pension triple lock guarantee will return in April 2023. This means that State Pension payments will rise by 10.1%, the CPI rate for September 2022 and the highest of the three pillars of the guarantee. Therefore the return of the average wage increase measurement has not had an effect this time around. The change will take place in line with the start of the 2023-24 tax year.

Beyond 2023-24, the future of the triple lock guarantee is less certain.

The future of the State Pension triple lock guarantee

Payments to pensioners form 60% of the UK’s welfare expenditure, so it should be no surprise that the system used to calculate annual State Pension rises can be controversial. Some have criticised the continued use of the triple lock, especially as the next rise will be almost double the previous greatest increase under the system. Pension payments increasing with inflation can be difficult to politically justify when wages are falling in real terms and other areas of government spending are being cut.

However, attempts to change the triple lock have proved politically toxic in the past, including an aborted revision of the system in 2017. Following through with the triple lock in 2022 would have cost a reported £4-5 billion, so similar moves to suspend different pillars of the triple lock in an effort to avoid a sharp increase – without the negative publicity of a full repeal – could be the future.

How the triple lock has affected the State Pension

Before it was suspended in 2022, the triple lock had led to State Pension payments being higher than if any single metric was used. The table below shows what Basic State Pension increases would look like – in years the triple lock was used – if any one of the individual measurements were applied instead of always selecting the highest.

Over the period of time these figures cover, the additional cost to the Treasury of the triple lock is a reported £5.6 billion more than using a double lock based on an average earning increase and 2.5%, as used to calculate the 2022 rise. Therefore, it has had a significant impact on maintaining retirement incomes for millions of pensioners across the UK.

The table shows that the effect of the triple lock is most notable over a significant period of time, which also means that the consequences of removing it would take a long time to notice. Any income not rising with inflation means that it will lose real value over time. Over one year that may not be too noticeable or worrying, but over a ten year period it becomes much more stark.

It is important to remember that the State Pension only forms part of most retirement incomes, so you should also focus on other ways of making sure you have enough money when you stop working.

Other ways to protect retirement income

A pension is the best way to save for your retirement. With a personal pension, you can choose how much to pay in and how often to do it. The money is then invested into different funds, which should help your pot grow into a suitable nest egg for your retirement.

Your personal pension keeps your retirement savings in a pot that you cannot spend until you are at least 55 and helps you access tax relief on the money you save. The tax relief boils down to the government topping up every £100 you pay in with an additional £20, for a basic-rate taxpayer.

This is a retirement savings scheme put in place by your employer. A workplace pension offers the double benefit of creating a fund for your retirement and earning you extra money through employer contributions. The set-up is usually that the more you pay in, the more they pay in, up to a capped percentage of your salary. So paying into your pension can earn you more money from your employer. There will also be a tax refund from the government added in.

Your payments will come directly from your salary and you will be automatically enrolled if you are eligible, unless you choose to opt out. The funds are for your retirement, so you won’t be able to access them until you are at least 55.  You can have both a workplace pension and a personal pension.

An ISA is a tax-free savings account that you can put a limited amount of money into every tax year. The 2022-23 tax year limit is £20,000. There are lots of different categories of ISA, including Cash ISAs, Stocks and Shares ISAs, Innovative Finance ISAs and Lifetime ISAs (LISAs).

A LISA is designed to help you save for your first home or for retirement. If you are between the age of 18 and 40, a LISA can be a useful way of boosting your retirement savings. You will only be able to access your savings for free once you are 60, though you will not be able to pay in any more money once you hit 50. The government will top up every amount you deposit with an annual 25% bonus, capped at £1,000 each tax year. This means you would need to save £4,000 in a year to get the full £1,000 government bonus. However, it is important to remember that you will not benefit from the tax relief of a pension.

By Joel Kempson
5 min Read 19 Dec 2022
Most people will be able to claim some kind of State Pension when they retire. After big changes were made...

How much is the UK State Pension?

By Joel Kempson
11 min Read 30 Nov 2022
The State Pension is a key part of the UK’s welfare system, designed to protect those over working age from...