Saving For Your Future > Pensions > Will I get a state pension? 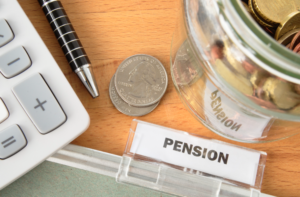 Most people will be able to claim some kind of State Pension when they retire. After big changes were made in 2016, everyone who reaches the State Pension age will claim the New State Pension – so long as they have enough years of National Insurance Contributions (NICs). However, a lot of the rules and qualifications around the UK’s State Pension system are in a state of flux. How much you will get, when you can claim it and what you need to do to get the full amount may have changed since you last checked and may change many more times before you retire. In this article, we explain what the current New State Pension system requires you to do in order to get a state income in your retirement.

Does everyone get a State Pension?

Not everyone is paid a State Pension. Major changes were made to the UK State Pension system in 2016, which is why the current system is called the New State Pension. In order to claim New State Pension payments when you reach the qualifying age, you will need to have made NICs in at least 10 separate tax years. You will get more money for every additional year of NICs on your record, up to a maximum of 35.

It is important to remember that no one is paid the State Pension automatically. Instead, you will need to apply once you reach the qualifying age. The easiest way to claim is online, which you can do from three months before you hit the qualifying age.

Will I get a full State Pension?

To pay voluntary contributions you need to check your National Insurance record by logging into the government's online State Pension portal. You can then see what gaps you have and how much you need to pay to get a qualifying year of NICs.

When will I get a State Pension?

When is the State Pension age increasing?

Will the State Pension increase each year?

The triple lock was suspended for the April 2022 increase and replaced with a ‘double lock’ that excluded average earnings. The government has confirmed that the full triple lock will return for the April 2023 rise. This means that State Pension payments will increase by 10.1%, September 2022's rate of inflation.

You can find out more about how this system works and what the future may hold by reading our article ‘What is the State Pension triple lock?’.

You may get more than this if you paid into an Additional State Pension, also known as the State Second Pension or SERPS. Even though none of these schemes are active, your pension can still be boosted if you paid in during your working life.

Your State Pension payments could also go up if you qualify for Pension Credit. This is designed to help pensioners who can only claim part of the full amount and who have no other income. It can increase your weekly payments up to £182.60 if you’re single, or your joint weekly income to £278.70 if you live with a partner. You can find out more about Pension Credit eligibility here.

Will I get a State Pension forecast?

It is easy to find out when you will be able to start claiming State Pension payments through the government website. You will need to log in using your Government Gateway user ID. It will tell you the date you can get your State Pension and the maximum amount you can be paid, though both may change before you reach the qualifying age.

Should I pay into a private pension?

How much is the UK State Pension?

By Joel Kempson
11 min Read 30 Nov 2022
The State Pension is a key part of the UK’s welfare system, designed to protect those over working age from...

How to boost your State Pension

By Damien Fahy
5 min Read 03 Nov 2022
Most people don't realise that you do not have to claim your state pension once you reach your State Pension...