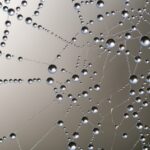 What is the 'age allowance trap'?

However, the higher allowances for those over 65 start to be removed once a pensioners' income breaches £24,000 a year. Once triggered, £1 of a pensioner's allowance is taken for every £2 of income until their allowance falls to that of the under-65s.

This removal of the personal allowance increases the person's tax bill and is referred to as the age allowance trap.

How to avoid the age allowance trap

Ways to limit the avoid the age allowance trap:

Watch out for Investment Bonds

A lot of people advocate the use of Investment Bonds to mitigate the problem (you can receive 5% of the original investment amount each year tax deferred from an investment bond) without paying additional tax. It is considered a return of the original capital invested so is a useful way of mitigating income tax. (But remember Onshore bonds are taxed internally at 20% while Offshore bonds are not). Anything over the 5% annual allowance is liable to tax at your highest marginal rate.

However, while tax deferred income from bonds could be used to supplement income, if a bond is cashed in, or matures, any profit made (including the 5% withdrawals) will be added to your income in that final year. Depending on how much the profit is and how much your income is, this could wipe out any higher age-related tax allowance in the year you cash in your bond. This means that you will end up paying more tax on other income, such as your pension etc.

It doesn't matter that the investment bond chargeable gain may not give rise to an additional tax charge (due to a tax relief known as top-slicing, where the tax bill is effectively based on the average gain over the life of the policy) or that the product may not have exit penalties. Any additional tax incurred through changes to the personal allowances should be treated as a cost and factored into the decision-making process. It may be wise to phase a surrender over separate tax years or take a partial surrender to avoid this occurring.

The key point to take away is to seek professional advice before doing anything and altering your investment portfolio. Unfortuantely I’ve heard horror stories where Financial Advisers have not realised the impact of surrendering a portfolio of investment bonds on a client’s age allowance, so subsequently  mis-advised the client and incurred an avoidable tax bill.

How to avoid paying for a TV licence

By Damien Fahy
2 min Read 16 Aug 2022
In this article, we take a look at TV licences and answer some of the most common questions our readers...

By Damien Fahy
6 min Read 03 Jan 2023
10 ways to avoid inheritance tax When you die you may want your estate to pass on to your children...

How to avoid the council tax rebate scam

By Andy Leeks
1 min Read 21 Apr 2022
A growing number of councils are issuing warnings to their residents through social media, telling them to remain vigilant in...