Owning A Home > House Prices > Where next for UK house prices? The one statistic that says it all

Where next for UK house prices? The one statistic that says it all 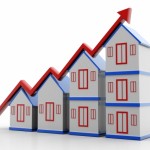 The media loves stories about property and especially house prices. With every index that is published many column inches are devoted to trawling over the figures in search of a trend or story (see my previous post - 'should we really care about house price indices').

However, if you really want to know what's going on in the UK housing market there is one, rarely reported, statistic that you should keep a close eye on - housing transaction volumes.

What are housing transaction volumes?

Housing transactions are the number of properties over the value of £40,000 that have been sold over a given period. The Land Registry collates this information and publishes the figures  on a regular  basis. As these figures are for completed sales they will lag the current market activity by 2-3 months.

Why are housing transaction volumes  a good indicator of  property price trends?

So, historically how successful have housing transaction volumes been in indicating house price trends?

Well, very successful actually as you can see from the graph below.

In early 2006 housing transactions were on a sharp incline moving from under 80,000 transactions in January to nearly 120,00 transactions by the middle of the year. The average house price rose sharply, under the pressure of demand, over the same period and continued  through late 2007 and early 2008.

Housing transaction volumes started to decline sharply in late 2007 and fell from a peak of around 120,000 transactions in September 2007, to below 30,000 by the end of 2008, as the bottom well and truly fell out of the market. Average house prices followed exactly the same trend, albeit slightly delayed, falling from a high of of around £183,000 to a low of £145,000.

So what are the housing transaction volumes predicting for the future?

Well, since the middle of 2008 monthly transaction volumes have been fluctuating between a low of 40,000 and a high of 60,000, which is less than half the volumes seen during the boom in 2006!

These figures indicate that we are currently in a sideways trend with volumes, and therefore prices,  showing no sign of an  improvement in the short to medium.

So my advice is to ignore all the house price indices and instead regularly  look for the housing transaction volumes on the Land Registry  website (next report 30/1/2012). 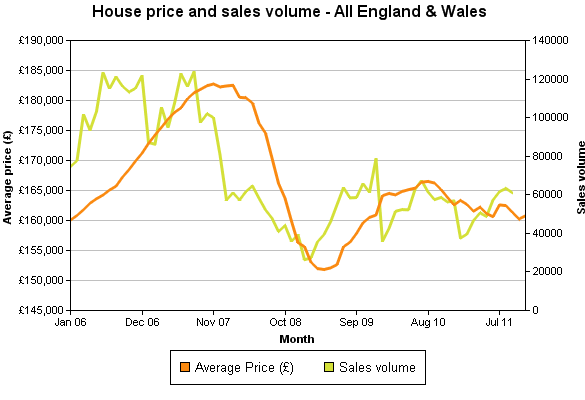 What is going to happen to UK house prices?

By Laura Mossman
6 min Read 23 Jan 2023
If you are planning to buy or sell a house, you will be interested to know what is likely to...

By Andy Leeks
1 min Read 01 Dec 2022
UK house prices have experienced the biggest monthly fall in over 2 years according to house price data from Nationwide....

By Laura Mossman
1 min Read 17 Feb 2022
According to official data from the Office for National Statistics, house prices in the UK rose by a further 0.8%...