Marriott Bonvoy American Express credit card review – is it worth it? 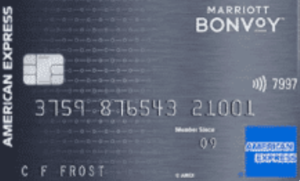 In this article, we’re looking at the Marriott Bonvoy American Express card, which might be a good option for you if you’re a regular at hotels, or if you’re new to points collecting, as it gives you a lot of options for using the points you have earned.

What is the Marriott Bonvoy American Express credit card?

All points earned on the card will go towards a linked rewards account, and the points can be claimed at more than 6,500 hotels and resorts in 120 countries that are participating in the Bonvoy scheme.

Another bonus is that you can exchange your accrued points to more than 40 different airline frequent flyer schemes. So if you don’t collect British Airways Avios or Virgin Miles, you can choose another airline that doesn’t offer a credit card in the UK.

Bonus points can be used on hotel stays or transferred to airline frequent flyer programs (most convert at 3 Marriott Bonvoy points to 1 air mile). Used on hotels, 30,000 would be worth around £100-£150 and can be used wherever you travel. You can pick up the cheapest hotel rooms for 5,000 points a night, though it can often be hard to find them. A 2-3 night stay at a 10,000-15,000 points per night hotel would be the best value - but don’t expect this to be The Ritz.

Points for every £1 spent

For every full £1 you spend, you’ll earn 2 points with your card. Considering the cheapest hotel redemptions are around 5,000 points, it’ll take a considerable amount of spending to get a hotel stay of around £30-40 back. If you’re staying at a Marriott brand hotel and pay using your credit card, you’ll increase your earnings to 6 points on every full £1, meaning you will need to spend a lot less to recoup the cost of a hotel stay.

For signing up to the card, you automatically get Silver Elite status at Marriott hotels (usually 10 stays needed to unlock). This doesn’t come with many benefits, apart from 10% bonus on points when staying at a hotel, late checkouts, and member rates.

Spend £15,000 and get upgraded to Gold Elite status

Spend £15,000 on the card in a year and you’ll get upgraded to Gold Elite status (usually 25 stays needed to unlock). Benefits are better, but it’s a high spend to reach it. You’ll get 25% bonus points on stays, as well as points bonuses when you check-in, late checkouts, room upgrades, enhanced room wifi, and member rates.

Subject to enrolment, you’ll receive ‘travel inconvenience insurance’ which covers flight cancellations and delays as well as problems with delayed or missing baggage too. You’ll also be covered up to £150,000 for accidents on public transport booked with the card.

Who is eligible for the Marriott Bonvoy American Express credit card?

To apply for this card, you’ll need to be 18 or older and have a permanent residence in the United Kingdom. You must currently hold a UK bank or building society and have no history of bad debt.

If you have held a personal Amex credit card in the past 24 months, you won’t be eligible for the sign-up bonus, but you’ll still be able to apply and use the card. Similarly, if you sign up for a Marriott Bonvoy American Express credit card, you won’t be able to get any other sign up offers from personal cards for 24 months, including the British Airways and Preferred Reward Gold cards. So it’s worth doing your research before you apply and making sure this is the sign-up offer you want, as you’ll only get one.

How much does the Marriott Bonvoy American Express credit card cost?

The Marriott Bonvoy American Express credit card has an annual fee of £75. You can cancel the card at any time, and you’ll get a pro-rata refund based on how many months you’ve used it. Technically, you can get the card for one month, claim the bonus and cancel straight away, and it’ll only have cost you £6.25 - but be aware of the negative impact this could have on your credit score.

The card has an interest rate at 41.6% APR variable and 24.5% variable for purchases. When taking the card out, you’ll have an assumed credit limit of £1,200, which may be adjusted higher or lower depending on your credit score.

£75 annual fee for taking out the card.

Not able to claim any sign-up bonuses from other personal Amex cards for 24 months after cancelling.

Is the Marriott Bonvoy American Express credit card worth it?

If you’re an avid traveller or want to do some more travelling, the Marriott Bonvoy American Express credit card might be a good option. If you’re willing to commit to the Marriott group as your choice of hotels, you could rack up a lot of points and become a traveller with status and perks at their 6,500+ hotels worldwide.

The main benefit to this card over airline credit cards, is that with points accrued with British Airways or Virgin Atlantic, you’ll never be able to spend them and get a completely free flight. Miles earned will pay off the cost of the actual flight, but you’ll still end up paying taxes and fees on top. If you’re flying long haul, this could be several hundred pounds. With the Marriott Bonvoy American Express credit card, you don’t have to pay taxes when claiming free hotel stay.

You may be better off with another card if you’re more interested in getting air miles, and you can pick up cards that don’t have an annual fee if you just wanted to dip your toe into the world of points collecting. But if you’re willing to commit to get the most out of it as possible - for hotels, the Marriott Bonvoy American Express credit card is a good bet.

Is a Marriott Bonvoy American Express credit card right for me and would a cashback card be better?

There is no cap on how much you earn with reward credit cards, so you can put as much or as little on them as you want - but still get rewarded with points. If you’ve got a big purchase coming up for a holiday or car, then putting it on a reward credit card will mean you can get a nice bonus from your spending.

As these are credit cards, it’s important for you to pay everything off in full at the end of the month, to avoid high rates of interest and damaging your credit score. If you don’t think you’ll be able to do this, maybe think twice about getting a credit card - as it could plunge you into debt.

The signup offers are there for a reason, which is to entice people to sign up and take advantage of them when bills aren’t paid. If you wanted a credit card for additional purchases, a credit card with an introductory 0% interest-free period is probably a better fit for you.

By Andy Leeks
11 min Read 18 Jan 2022
American Express is no stranger to rewards-based credit cards, having established successful relationships with the likes of British Airways and... 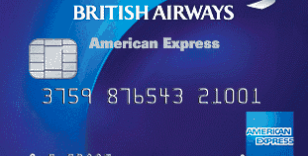 By Laura Mossman
2 min Read 06 Apr 2021
The British Airways American Express credit card allows you to collect Avios through your day-to-day spending, with the potential to...