Using Credit > Credit Report > checkmyfile review: How to see all of your credit reports in one place

checkmyfile review: How to see all of your credit reports in one place 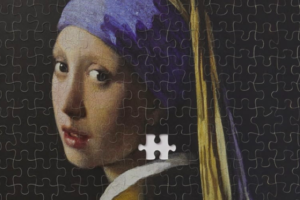 checkmyfile prides itself on being the first online credit report service in the UK. It was established in 2000 and was the first company to offer consumers online access to credit reports from the 3 main credit reference agencies in the UK - Experian, Equifax, TransUnion - as well as alternative credit reference service, Crediva. Since then it has worked to gain market share, differentiating itself by offering a paid-for subscription service, without marketing financial products to its customers.

It isn't the cheapest option available to people who want to keep on top of their credit scores and reports, with the £14.99 monthly fee only matched by Experian. Indeed, it is now possible to check your scores with the 3 main credit reference agencies for free through companies such as ClearScore*, Credit Karma and TotallyMoney. However, checkmyfile argues it offers a higher quality service, with qualified credit experts in its customer service team, as well as tools to help people manage their finances more efficiently.

checkmyfile takes people's credit reports from Experian, Equifax, TransUnion and Crediva and provides them to users who sign up for their services. This information is updated monthly and checkmyfile presents it in such a way as to make it easy to compare the information each agency holds on it, making it straightforward to identify and correct any errors. It also allows people to personalise the way in which their reports are presented, including changing the headings and the way entries are grouped.

The appeal of checkmyfile is it saves much of the legwork of having to check each credit report individually, which is a necessary task in order to make sure there aren't inaccuracies present in any of them that could impact upon your chances of being approved for credit in the future. It also helps users get a good understanding of their overall financial health, which can be challenging when viewing each report independently, as they all use different metrics and scoring systems.

Users can sign up for a free 30-day trial, before moving on to the paid subscription. However, membership can be cancelled at any time online, over the phone, through its secure message service or in customers' checkmyfile accounts.

As checkmyfile gets its information direct from the credit reference agencies rather than gathering the data itself, it doesn't control the accuracies of the underlying reports. That said, the way in which is is formatted makes it far simpler to see where there are errors or inconsistencies across the reports, as well as a user-friendly interface giving a useful overview, highlighting the entries that are having a positive of negative impact on the person's credit scores with the different agencies. It is also possible to report any mistakes to the customer service team, who should be able to help you resolve any issues.

How much does checkmyfile cost?

Following a 30-day free trial, checkmyfile costs £14.99 per month, making it one of the more expensive ways of checking your credit score and report. While it offers a "credit score estimator" for free, its core proposition is based on the fact it provides the most detailed overview of your credit report information, with data from each of the main credit reference agencies.

The payment is taken as a direct debit every month, but the subscription can be cancelled at any time.

According to review site Trustpilot, checkmyfile has a score of 4.6 out of 5.0, based on almost 1,500 reviews. Nearly 90% of respondents rated the company "excellent", with reviewers particularly appreciating the level of detail provided in the report, how easy it is to set up and cancel an account and overall high levels of customer service. The handful of negative reviews were generally based on complaints about the price or errors in individual credit reports.

As a point of comparison, Experian, Equifax and TransUnion all received Trustpilot scores of less than 2.0 out of 5.0

As the only service to provide all of your credit reports and scores in one place, it doesn't have a direct rival. However, there is of course the option of accessing each of your reports separately, which will save you money but require extra effort. If you decide to go down this route, you can get your Experian report for free through the MSE Credit Club, Equifax through ClearScore* and TransUnion through Credit Karma or TotallyMoney.

If a link has an * beside it this means that it is an affiliated link. If you go via the link Money to the Masses may receive a small fee which helps keep Money to the Masses free to use. But as you can clearly see this has in no way influenced this independent and balanced review of the product. The following link can be used if you do not wish to help Money to the Masses or take advantage of any exclusive offers - ClearScore

Starling Bank review: The best place to put your money?

By Lauren Burrows
25 min Read 13 Oct 2021
In this independent review, we look at Starling Bank including how it works, Starling Bank's fees and how it compares...

Hargreaves Lansdown Review - is it the best place for your ISA & SIPP?

Investing, Saving For Your Future

Investec Click & Invest Review - is it the best place for your money?