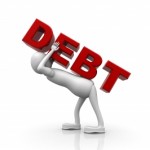 Many people struggling with debts may start to look at bankruptcy as the only viable option. There is however an alternative, for a small group of people, known as a Debt Relief Order (DRO).

What is a DRO?

A DRO is designed as an alternative to bankruptcy that can help with certain types of debt if you:

A DRO is issued by the Official Receiver (an officer of the bankruptcy court) who will write to your creditors explaining that:

What is the advantage of a DRO over Bankruptcy?

A DRO is essentially a cheaper form of Bankruptcy (yes, it costs money to go bankrupt) plus you won't have to appear in court.

Do I qualify for a DRO?

Can all my debts be included in a DRO?

No. Some types of debt can't be included in a DRO, such as:

How can I apply for a DRO?

A £90 fee is payable prior to application but this may be paid in instalments or there are charities that help in certain circumstances.

What happens after a DRO is issued?

How long do these restrictions last?

DRO restrictions usually last for 12 months but can continue for up to 15 years if careless, criminal behaviour led to your debt problem.

Also, credit reference agencies keep DRO records for six years, making it harder for you to open new bank accounts or get credit.

Clearly Debt Relief Orders have limited use, due their restrictions, but they have helped many thousands of people on low incomes with their debt problems. If you are struggling with debt then contact your local Citizens Advice Bureau or National Debtline for advice.

By Damien Fahy
8 min Read 25 May 2021
This is a popular question and often causes confusion. So I thought I'd lay out a brief explanation of how...

Can you get a mortgage with credit card debt? Your options explained

By Laura Mossman
13 min Read 16 Sep 2021
Ever since the Mortgage Market Review came into force in 2014, mortgage lending criteria has tightened and lenders must ensure...

Can I get a mortgage after bankruptcy?

By Laura Mossman
10 min Read 05 May 2021
While bankruptcy can make it more difficult to secure a mortgage, there are some lenders who are willing to lend...