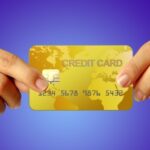 The idea of exchanging goods and services in return for a promise of future payment has been around longer than most people realise. As long ago as 1300 B.C. loans were being made among the Babylonian and Assyrians on security of mortgages and advance deposits.

In recent times the development of credit arrangements and our attitude to debt have changed enormously. I thought it would be interesting to try and chronicle some of these changes, together with our changing attitude to debt.

Do you remember the Tallyman?

For those of you who can remember back to just after WW2 then you may remember the Tallyman. Normally dressed in a smart suit and a trilby hat the Tallyman would offer hard up families credit for goods purchased from him. He would then call every week to collect his payments and, as often was the case, offer more credit which was often referred to as 'the never never'.

The Tallyman would have a collection of clothing and household goods in the back of his car to tempt customers to order more goods. He would try to make sure that you never fully paid up your credit so that you remained as a customer (debtor) for years. Often the goods offered were at a premium to those you could buy in the shops, and of course interest was added to each purchase.

At this time it was considered demeaning for anyone to be in debt, with 'curtains twitching' as the Tally man made his way up the street. It was a matter of pride for people to be able to manage their finances and most families saved hard to afford all their needs.

In 1962 a company called Provident Financial plc floated on the stock market. This company, instead of selling goods direct, gave the customer Provident Cheques, or vouchers, that could be exchanged for goods at a variety of local shops. Because the vouchers gave the customer more choice they proved very popular and Provident Financial expanded rapidly during the 1960's. Today the company operates worldwide as a separate company called International Personal Finance plc.

The business model introduced by Provident Financial, where vouchers were exchanged for goods in a variety of shops, made credit socially more acceptable as the new modern way of shopping for poorer families.

In the early 1960's family were more prosperous and new labour-saving devices meant more time for leisure and relaxation. With advertising now being beamed through our newly acquired TVs people wanted to buy these new gadgets and clothes, and they wanted them now!

One of the new arrivals that satisfied this desire was the mail order catalogue, here you could order items for delivery to your home and pay for them over a number of weeks. Often a neighbour would act as an agent for the mail order company making it simple for customers to just pop along the street to make their weekly payments.

As many families had access to a mail order catalogue it came more acceptable to use this type of credit and was the birth of home shopping.

Credit was available, as detailed, above but this was really only available for items of clothing or small domestic products such as cookware or sheets and blankets. People also wanted to own fridges, TV and even cars so to help purchase these more costly items hire purchase was born. Invented in the UK hire purchase allowed a customer to purchase an item and pay for it over a number of months or years. The term hire purchase meant that the goods the customer now possessed did not belong to the customer until the final payment was made.

These credit arrangements were originally available only through large department stores, electrical stores and car dealerships.

The first credit card in the UK was launched by Barclaycard in 1966 but credit cards really started to take off in 1972 when NatWest, Midland, RBS and Lloyds joined together to launch the Access credit card. A TV advertising campaign with the slogan 'Your flexible friend' introduced the concept of using a credit card to make life easier and accessing money whenever you wanted.

Credit cards were first available only thorough your own bank but as other companies entered the market the credit industry grew rapidly. Recent figures show that UK spending on credit cards in 2012 is now running at around £42 billion pounds!

The introduction of credit cards made credit socially acceptable, with people gaining more esteem among their peers for what they owned regardless of what they owed.

Mortgages have been around for generations, but up until the early 1990s they were not easy to obtain. Firstly, you would have to save a sizeable deposit in the building society who you wanted to grant you a mortgage. Once the deposit had been saved you would have to attend an interview with the building society manager who would interrogate you on your income and expenditure before granting, or declining, your mortgage.

In the early 1990s everything changed as building societies and banks started to securitise their mortgages. This meant they could parcel up a number of mortgage loans and sell them on to a third party, allowing them to use those funds again to lend to more customers. This whole process made the mortgage very competitive with more and more lenders looking for more and more customers resulting in the relaxation of lending criteria.

As more customers were able to obtain bigger mortgages it was small wonder that house prices began to rise. It now became a matter of social 'oneupmanship' to get the biggest mortgage possible to get the biggest house possible, then toddle off to dinner parties and boast about how much your house is now worth.

Then the wheels came off!!

The recent credit crunch resulted in the whole credit industry starting to collapse like a pack of cards. Easy credit drove property prices to unsustainable levels resulting in people borrowing beyond their means to buy these properties, with the inevitable high level of defaults making banks looking for bailouts.

Changes in Attitude to Debt

Back in the early 1950s when this history of credit started it was socially unacceptable to resort to credit. People were proud of their ability to cope and worked hard to buy things they wanted.

With the introduction of credit cards people were able to pay for anything and everything with credit. Foreign holidays, colour TV -the sky was now the limit.

Finally, the freeing up of the mortgage market was like printing money as we could now remortgage on the back of the increase in our property value and spend the money on anything we wanted. Mad wasn't it!!!

Now we are sweeping up the pieces with a massive broom and maybe, just maybe, our future attitude to debt may start to be more 1952 than 2012, or at least it should.

How can I remove bad debt from my credit file?

By Laura Mossman
10 min Read 31 May 2022
If you have negative markers on your credit file, it can make it more difficult to get a mortgage, car...

Can you get a mortgage with credit card debt? Your options explained

By Laura Mossman
13 min Read 31 May 2022
Ever since the Mortgage Market Review came into force in 2014, mortgage lending criteria has tightened and lenders must ensure...

The 5 simple steps to clear your credit card debt

By Damien Fahy
3 min Read 10 Jun 2022
1) Pay off debt with savings If you have credit-card debt and are still saving you are effectively paying to...