Banking > Curve Review – Is it the best way to combine all your cards?

Curve Review – Is it the best way to combine all your cards? 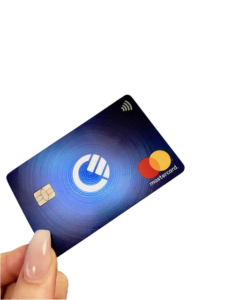 Curve; the Mastercard debit card that allows you to link all of your cards, to enable you to switch between spending on them all, but from the convenience of one place. Curve describes itself as the banking version of Netflix and Spotify by combining all of your cards into one smart card. Curve was founded in the UK in 2015 by Shachar Bialick, 'a serial entrepreneur' who has won many industry awards and is regularly featured in The Sunday Times, CNN and Bloomberg.

Curve launched in beta in 2016 and by 2018 had expanded into Europe, amassing 250,000 customers who have collectively spent over £500 million using the innovative smart card. Since then Curve boasts that over 4 million people now spend with the Curve card.

How does Curve work?

In order to use Curve, all you need to do is download the app via iTunes or Google Play and it is within the app where you are able to order your new card.

Once downloaded, you are asked to enter an email address where you have the option to be sent a magic link or use a password.

If you select 'Use Magic Link' and open the link via email then you will automatically be logged into the app. Upon opening, you have the opportunity to add the cards you would like to use with the Curve card. You can add any Visa or Mastercard card and you can do this by simply scanning your bank card or by entering the card details manually.

Once you start spending, Curve has a feature that allows you to get instant notifications, and like the other mobile banks such as Revolut and Monzo, you get a categorised breakdown of your spending across all of the cards loaded onto your curve.

Can Curve be used abroad?

Curve allows you to spend on any of your Visa or Mastercard cards whilst abroad and does not charge any additional fees for doing so unless you exceed the set spending limits. If you are a Curve basic account holder you can spend abroad fee-free up to £1,000 and if you exceed this limit you will be charged a 2% fee. The fee can increase by up to 1.5% at the weekends depending on the currency you are using. If you have a Curve subscription plan you can get higher limits when spending abroad and we cover this in more detail below.

When you are travelling with Curve you can get instant notifications in both the local currency and your usual currency while abroad so you can keep track of what you are spending on the go. Curve also uses the interbank exchange rate so when you spend with Curve you avoid the unnecessary fees that banks usually charge. You can use Curve to withdraw cash at any ATM that accepts a Mastercard however limits do apply. You can find more information on Curve limits and restrictions here.

There are 4 different types of Curve cards and the benefits, features and charges are listed in the table below.

*If spending or withdrawing money at the weekend Curve will take the rate from the last day the market was open (usually Friday 23:59) and apply a surcharge of 0.5% for currency conversions in GBP, USD or EUR and 1.5% for any other currency.

Curve currently has limits set on how much you can spend in a day/month/year. For the average spender with a standard (free) card these shouldn't be an issue but could cause problems if you are planning to buy something expensive, e.g a holiday.

Curve warns that as a new customer you may not initially qualify for the spending limits above and may therefore have the starting spending limits. Curve insists its limits will increase over time 'as you cultivate a spend history with us and pass our account risk checks.' Curve Black or Metal users may have higher limits and these are detailed within the account section of the Curve app.

How much does Curve cost?

In the below comparison table, we list the fees payable on a Curve card.

*If spending or withdrawing money at the weekend Curve will take the rate from the last day the market was open (usually Friday 23:59) and apply a surcharge of 0.5% for currency conversions in GBP, USD or EUR and 1.5% for any other currency.

Curve Flex is a new Buy Now Pay Later offering from Curve. You are able to get a refund for a previous transaction of up to 12 months prior which you can then spread the cost of the transaction over a period of 3,6,9 and 12 months. The first payment on the instalment plan will be due 30 days after the refund of the original transaction.

Is Curve safe to use?

Curve is regulated by the Financial Conduct Authority (FCA) so your data will be protected by the security regulations in place by the FCA. It also doesn't share your bank card details with any retailers during transactions. Additionally, within the app you have the functionality to lock your card should it be lost or stolen, offering extra security.

Am I protected by section 75 with Curve?

Credit card purchases are covered by Section 75 of the Consumer Credit Act, giving you added protection and the ability to claim and get your money back; however, paying with Curve means that you are paying via a third party and therefore you lose those rights. If you have any concerns over a purchase, particularly higher-value purchases, it is worth purchasing directly with a credit card.

With that being said, Curve stress that consumers are protected by 'Mastercard® chargeback rights, where refunds may be provided if goods are damaged, not as described, or the merchant has ceased trading.'

Curve has also introduced its own Customer Protection which protects customers' money up to £100,000. You can submit a claim for reasons such as:

Any claims you may have are to be raised with the merchant first and if no resolution is met, then you have up to 120 days to raise the issue with Curve. It stresses that if you raise a claim with your underlying payment issuer then you're no longer protected under Curve's Customer Protection.

Curve has received over 8,900 reviews with an average rating of 3.9 out of 5.0 stars on Trustpilot. Only 15% of the reviews rate it as 1 star and those who scored low tended to comment on an issue with their response time and customer service.

67% of customers have rated the card as 'Excellent' and there are comments on great customer service and that they like the ability to only need to carry one card around with them at any time.

In this section of the review, we compare Curve to its competitors.

Curve vs Revolut vs Starling vs Monzo

The below comparison table compares the free basic Curve account to its competitors' basic accounts. For more information on the competitors mentioned in the below table, read our independent reviews:

*Curve offers up to £100,000 protection with Curve Customer Protection

If you want to have a better understanding of where you are spending your money and like the idea of simplifying your spending whilst also limiting the number of cards you need to take with you, then Curve is for you.

The 'no hidden fees' overseas spending feature is especially handy as it is easy to get caught out when travelling and the fees can easily mount up. The feature that allows you to lock the card is useful as ensures you keep your other cards safe and eliminates the annoyance of having to call the bank, which is brilliant if you are abroad.

Being able to flip between multiple cards is clearly Curve’s main selling point and so those that don’t hold multiple cards may want to look at other mobile banking apps such as Monzo, Revolut and Starling Bank. They allow you to spend abroad with little to no fees and have the same instant spending notifications, so it is hard to see where Curve stands out above them.

What is the best way to combine my pensions?

By Damien Fahy
8 min Read 18 Jan 2023
Research suggests that you are likely to have around 11 jobs throughout your working life. As you move from job...

Should I combine my pensions? - What you need to know

By Damien Fahy
8 min Read 22 Mar 2022
During your working life, you’ll have on average 11 different jobs according to research by the Pension Tracing Service, and...

Best credit cards in the UK

By Laura Mossman
8 min Read 03 Jan 2023
When choosing the best credit card from the wide array available, it is first useful to consider what a credit...