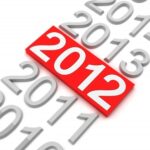 The below post relates to 2012's increases. If you are looking for details of 2013's increases then click here.

Update: 29th November 2011 - following the Autumn Statement the Chancellor has confirmed that most working age and disability benefits will indeed be upgraded by the September inflation figure of 5.2%. In addition, The state pension will rise by £5.30 to £107.45 a week, as stated in below. Pensioners receiving pension credit will also benefit from an increase worth £5.35.

This morning the Office of National Statistics (ONS) announced the UK inflation figures for September 2011. Now while most people may only pay a passing interest in the monthly inflation announcements, September’s figures actually impact on many people’s lives.

Annual inflation in September as measured by the Consumer Prices Index (CPI) increased to 5.2%, up from 4.5% in August. The Retail Prices Index (RPI) measure rose to 5.6% from 5.2% (which is the highest level in 20 years).

A host of social benefits and tax breaks are increased in line with inflation, as measured by September's figures. The actual increase to benefits takes affect at the start of the next tax year. The table below summarises the annual increases to key benefits and allowances:

* these figures are based on calculations under the current rules. The Chancellor will confirm the official limits in due course in his Autumn statement later in the year. While these should not vary from those above there is always the possibility that the Government could alter the planned increases as part of deficit cutting plans.

By Damien Fahy
1 min read 30 Jun 2019
Episode 228 - On this week's show we talk about the personal pension allowance and how it is tapered for higher...